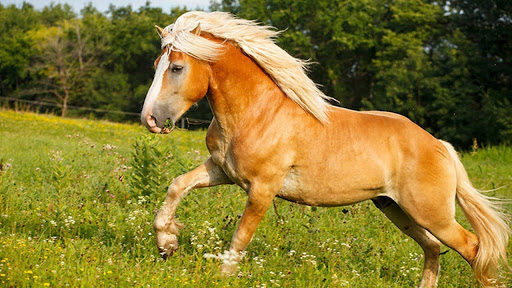 The Haflinger is a breed identified amongst all other horse breeds for its long, gorgeous mane,  beautiful coats, and gentle disposition. They are known in the whole world for their unique color and character. The Haflinger horses are also named “golden horse with the golden heart”, which gives us a lot of information about them. Although they are relatively small, they shouldn’t be confused with ponies. They may have pony ancestors but they are categorized as horses and everyone could surely tell the difference between a typical pony and a Haflinger due to its temperament, which is very peaceful, gentle and can be trained very well without facing any problem. At first look, the Haflinger horse could easily be confused for a Palomino because they look alike due to their brown coat, the cream spots – significant signs of Palomino coloring. The difference is in the density of tale and mane color. They are always chestnut with golden mane or tail and although they are very muscular, they still look very elegant. This breed was created for a mountain region, so it shouldn’t come as a shock that they are easy keepers and succeed to be quite healthy even with limited hay or pasture. Below we have decided to show you some of the most interesting facts about the Haflinger horses. Keep reading! 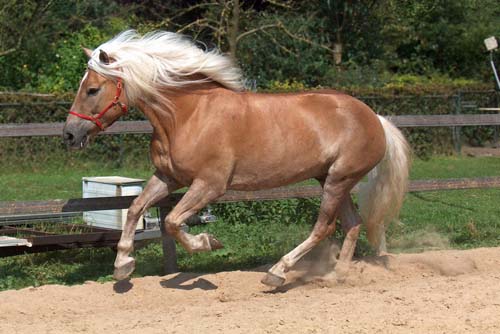 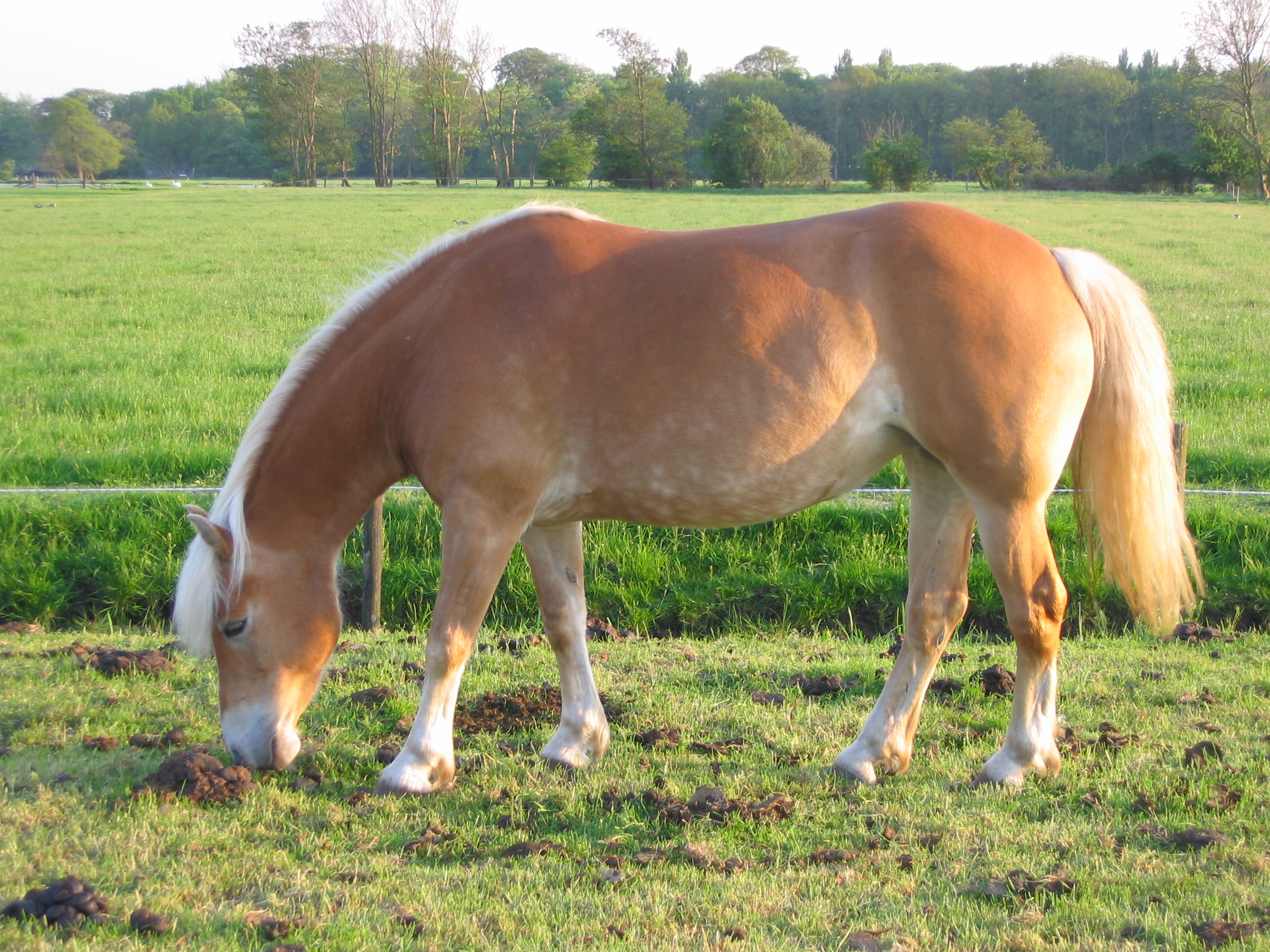 It is believed that Tyrolean horses from the alpine regions of Austria are ancestors of Haflinger horses. Farmers used these horses because of their eagerness to work hard, the ability to carry loads and pull heavy loads without the needs of larger breeds. Besides that, there are two main theories about their origin. The primary one is that they are the descendants of horses that were evacuated after the collapse of Conza in the 6th century. The following theory is that the horse genealogy is the result of a donation from Louis IV to Burgundy over the wedding of his daughter.

2.They are named after an Italian village.

The name of the Haflinger horse originates from the village of Halfling, which is located in Italy. However, when the foundation stallion, 249 Folie was born, this village was still under the direction of Austria. Later, throughout the border change, it was noticed that most of the broodmares were in Italy, whilst the stallions were in Austria. It took over a decade for the two countries to come up with an arrangement that would enable the two regions to preserve their unique Haflinger breeding patterns.

This breed demands minimal stall space, but only when they are given a regular quantity of exercise. Haflingers are used to living in close areas with humans back from their very inception, so they don’t mind working and socializing on a daily basis. On the contrary, they will actually cause trouble for their owners when they are bored, so it’s better if you keep this horse working and always putting them through different challenges. Stall balls and other equine games are also a great idea to keep them busy during downtimes. This breed also shines in the company of other horses because of their social nature.

The breed standards of the Haflinger are so important that any imperfections or errors that would cause unsoundness will usually exclude the horse from registration. The features that are seen at times with this breed are splay-footing and being knock-kneed.  Horses that manifest these features are not usually bred with other Haflingers, which means the breed as a whole is strong, healthy, and powerful.

5.Even when horse population levels were descending, Haflinger numbers were increasing.

In the 1950-1974 period, the population levels of horses across Europe were trending downwards.  Despite that, the population numbers for Haflingers were consistently moving up due to its popularity. Nowadays there are about  250,000 Haflingers horses all over the world.

6.The first horse to be cloned was a Haflinger horse.

The first successful clone occurred in 2003 and the outcome was a filly named Prometea. She would become the seventh animal kinds to be successfully cloned. What made this cloning work rare was the fact that it was the first birth where a mammal gave birth to its own clone with a precise DNA copy. In 2008, Prometea gave birth to a healthful foal named Pegasus. What’s more interesting is the fact that the scientist who created Prometea was expelled from the Catholic church because of his work.