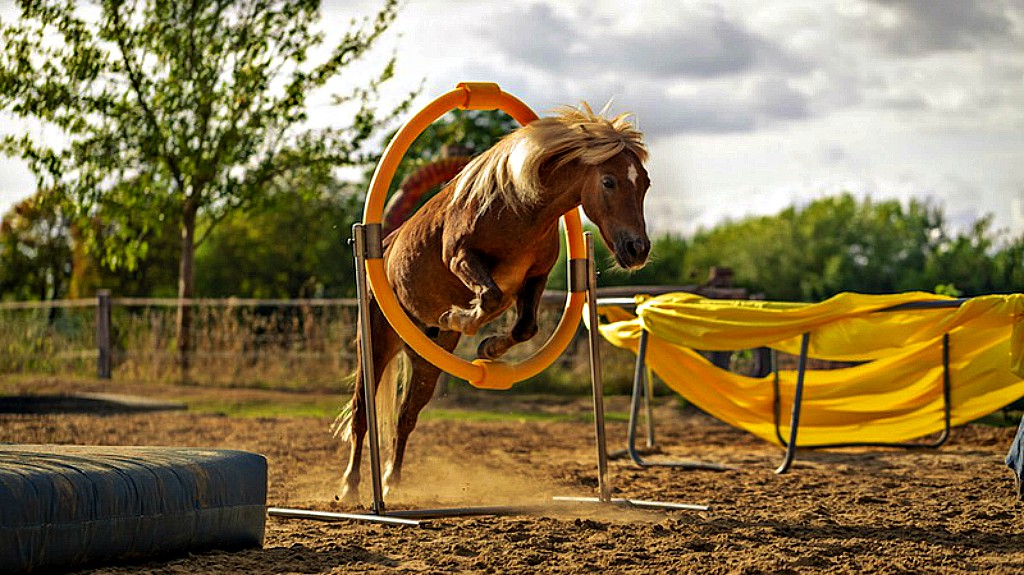 Every moment you spend with your horse it’s worth it but if you are constantly doing the same thing over and over again it can get somewhat boring, for both you and your horse. That’s why we put a list of some of the most unusual sports you and your horse can do together. I bet that you’ve never heard of them before. Check out the interesting list below: 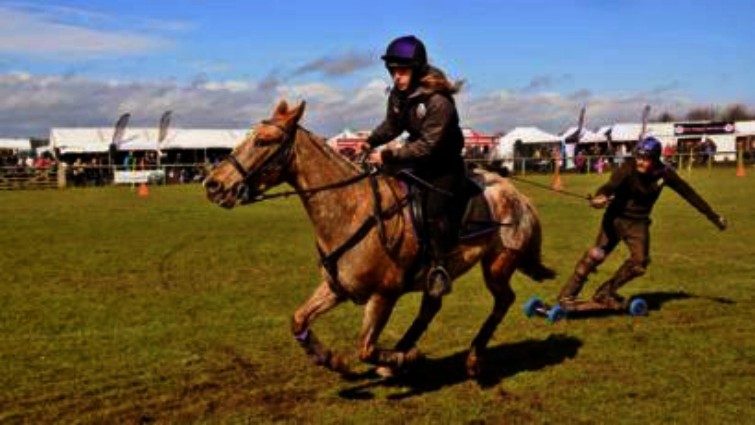 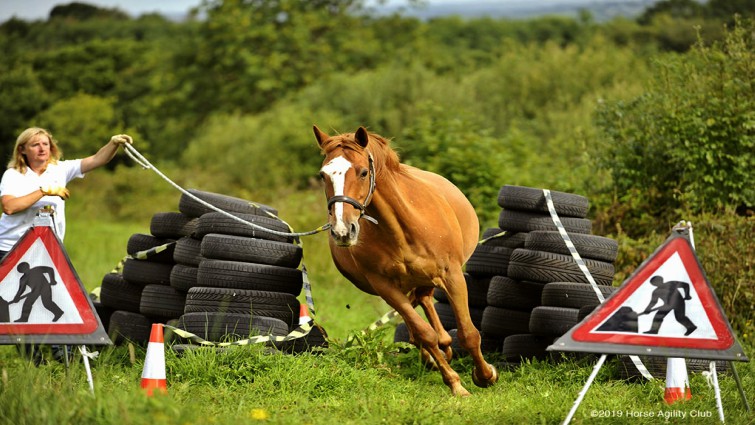 This extreme sport is relatively new, starting in 2004. It includes a horse and rider pulling a board rider on a mountainboard. It is now getting the recognition it deserves. It’s a new discipline sport that demands complete control of both riders who are in continuous communication with each other. The horse rider has to keep the correct position as well as speed whilst the board rider has to keep their board stable while adjusting to the speed and changing the direction of the horse and rider. Horseboarding can also be played as a competitive sport where rider and boarder can take part in Horseboarding Drag Race and or Arena Horse Boarding competitions, both disciplines which award the fastest time and highest speed competitors.

We are all informed about dog agility but to be honest we didn’t have a clue of horse agility. It’s actually very odd considering the fact that the sport started way back in 2009. But don’t worry because there’s not a large amount of difference between dog and horse agility except scale. One of the best things about horse agility is that you don’t need to move anywhere to compete, all you need is a horse, a long lead line and a garden.  The youngest competitor ever registered was only 4 years old whilst the oldest was in his 70s. Well, it is safe to say that horse agility is definitely for everyone. It’s also the ideal activity to establish the perfect relationship between you and your horse. Horse agility is open for anyone, no matter where you live or how old you are. You have to try it out!

Jousting is a very old sport played by ancient knights across Europe but over the last years, it made a comeback and now even has its own world championships. Pretty much nothing has changed since it was played in its heyday, riders still wear old armor and the lances, which are made of thick pine, and have a steel spear tip. Two riders compete by riding towards each other and hitting each other anywhere from the bottom of the protection to the top of the helmet. They’re parted by a divider, named a tilt, that is created to protect the horses from being hit and with a closing speed of 40kph, it’s easy to understand why it is needed.

Horseball is considered a modern sport by many people, but in fact, like many other equine sports horseball is much older than you might have thought. There are records that show that this kind of sport has been played all over the world for centuries, just under different names. For example, in Asia, it is termed Buzkashi which means goat pulling (even nowadays they use the remains of a goat) while in South America it is identified as Pato which means duck (although they momentarily use a ball with holders it was first played with a live duck). This unusual sport is a cross between polo, rugby, basketball, and Quidditch (of course, we know that Quidditch is not a real sport), horseball is played with two teams of four riders and two substitutes. The purpose is to score a goal by passing the ball to at least three different riders before throwing the ball through a vertical hoop. No rider is permitted to hold the ball for more than ten seconds and if it’s dropped then the rider isn’t authorized to descend in order to pick it up.

Just like you suspected from its name polocrosse links polo and lacrosse together. It all started as a training activity for riders who weren’t old enough to play polo as well as a method to develop team spirit during practice. Riders aren’t permitted to hit the ball but instead use long lacrosse poles to transfer it to other riders on their team. Each team is only authorized three riders on the field per chukka and they’re not allowed to change horses at all. This unusual sport is also relatively old as it started out in 1930s.