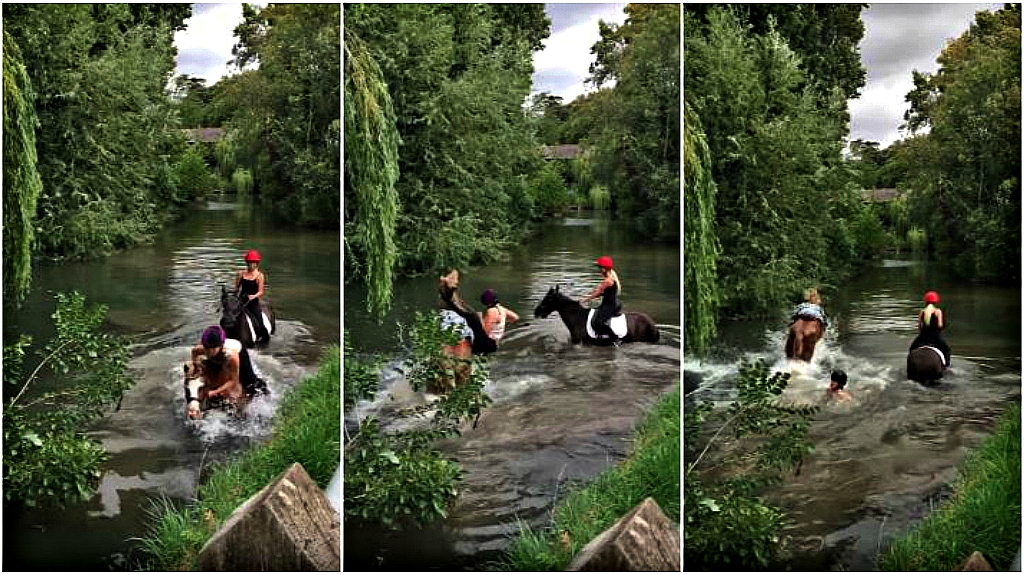 Hanging out with horses is one of my favorite thing to do on weekends and I believe for you too. During the weekdays, the majority of us are occupied with our jobs or different activities, hence we don’t get to spend a lot of time with our horses. 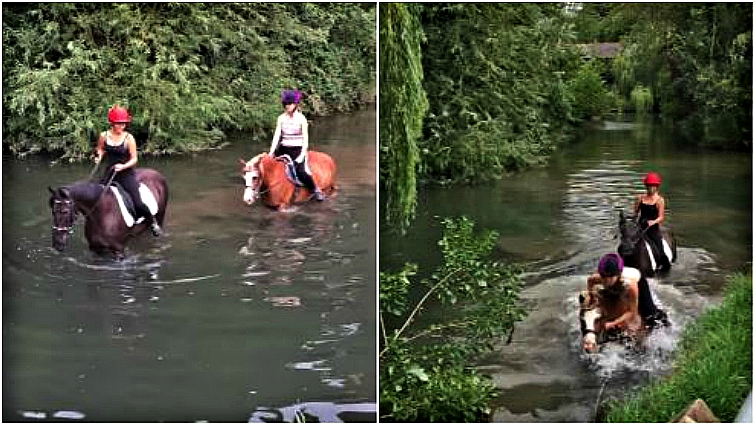 However, things might not turn as expected so it doesn’t end up as a perfect moment. A cheeky pony dismounted his rider in a river after it’s believed a mysterious object under the water startled him causing him to bolt. 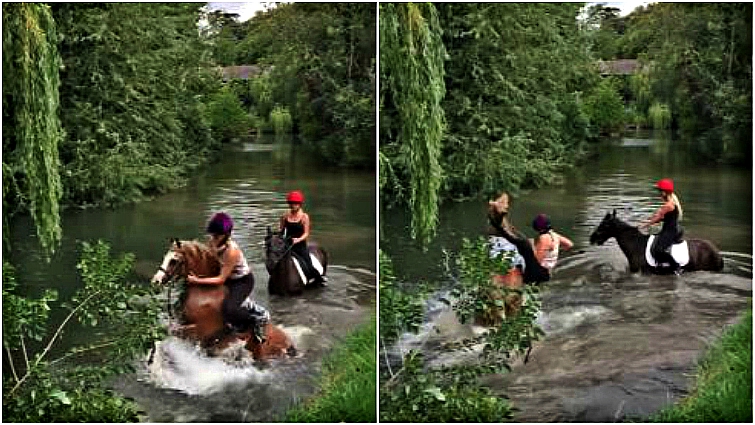 Pony, Diamond, unseated rider, Georgia Clark, 19, into the two-foot-deep waters of the river, in the Hoddesdon area of Hertfordshire, before exiting the water and running to a grass verge for a quick snack.  The video was captured by Candice Metcalf, whose daughter, Tegan, 15, rode alongside the pair on her horse, Shadow, and watch on as the drama unfolded.

Candice, 37, said: “Diamond has been in the water plenty of times and was actually leading shadow in for the first time. It looked a little scary at the beginning but fortunately neither the pony or rider was injured. After everything, we can consider it just as a hilarious moment. Enjoy!