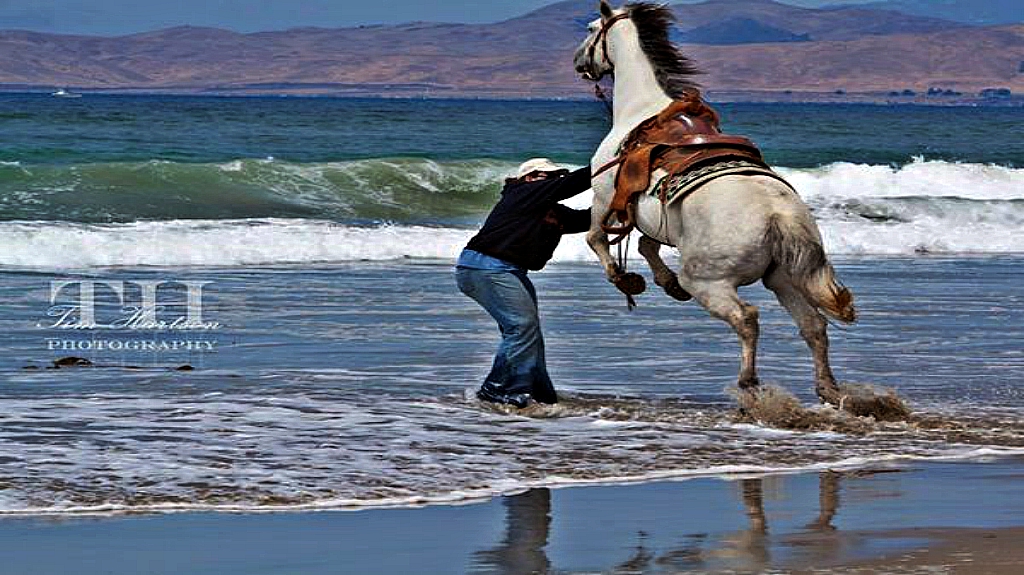 This is one of the most amazing photographs of a horse! The image has been used in a large number of Internet memes, videos and viral images over the years. But you probably won’t know the name of the photographer or the story behind it. That’s because the photographer’s name was cropped out of his photo and the image took on a life of its own. But here’s the real story behind the picture from the photographer himself. 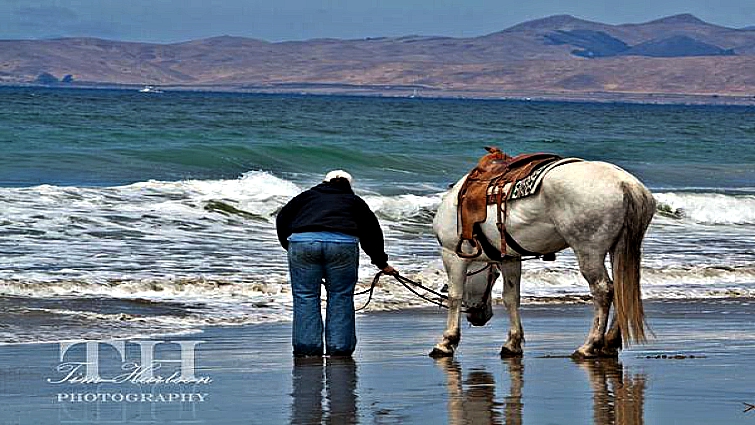 Photographer Tim Hartson was vacationing with his family in Morrow Bay, California when he spotted a group of people riding their horses on a beach. Tim approached the riders and asked if they rode their horses on the beach often. One rider told him they were actually visiting from Colorado and this was the first time their horses had seen the ocean. Tim was taking a few photos when one woman was trying to persuade her horse to go into the water. 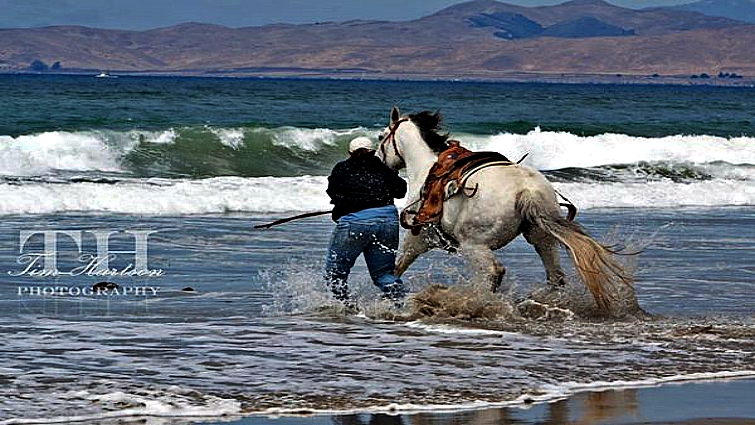 Tim explained what happened next and how he got his now-famous photo: “The water began to rush around the horse and perhaps because of the sound of the crashing waves, the horse started to rear up on its hind legs. The rider of the horse, grabbing the reins, tried to calm her horse and stay safe from the point of which her horse would land on its front feet. At the moment, I’m not sure what was faster, the clicking of my camera or the beating of my heart.

It was actually pretty scary as I thought the horse would possibly injure the lady. What happened next really blew me away. The horse jumped straight up out of the water and I just became part of the cliché, at the right place at the right time. Click, click, click.” Thankfully, both the horse and the woman were fine and Tim captured the incredible shot of a horse in mid-air.