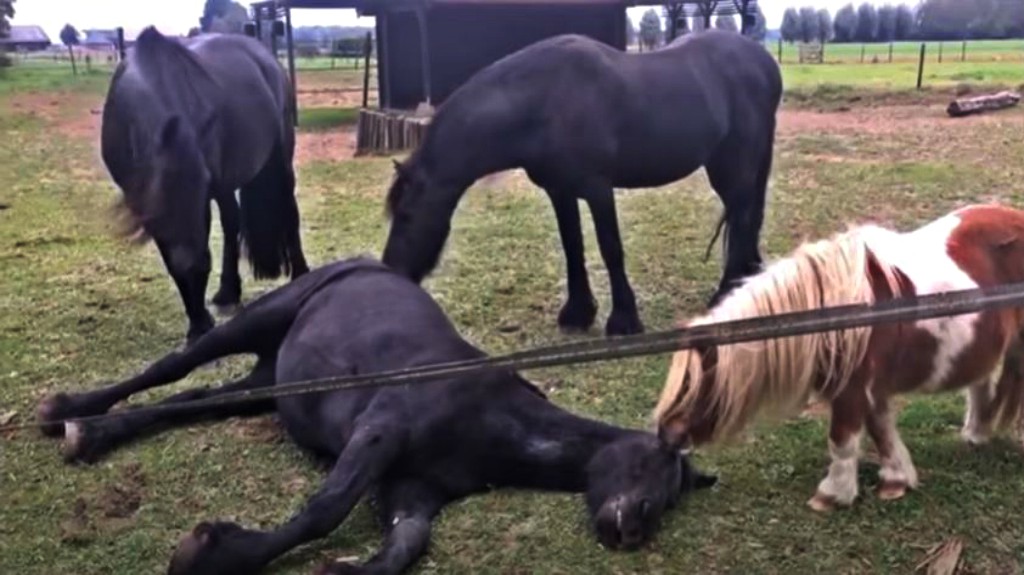 In some situations, there are no differences between humans and animals. Just like us, they create friendships, fall in love, spend quality time together, and would do anything for the ones they love. In the video shown below, you will see the devastating moment a group of horses says goodbye for the last time to their friend, a poor mare who was born with a bent leg. 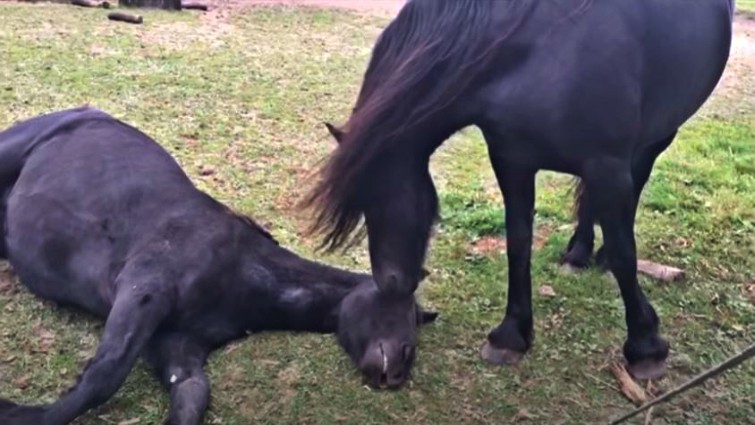 She was suffering from arthrosis and her condition would only get worse as time passed by. Her owners so that she was aging very quickly, was suffering a lot, and wouldn’t survive another winter so at the age of 18 they decided to put her down before the winter arrived.

(almost 18) she had arthrosis so bad that the winter was killing her. During the cold weather, she was in so much pain and couldn’t even move. She enjoyed her last summer and at the beginning of autumn, she lived her last days as pain-free as she could be.

They decided to let her go in the fields, and just after she passed away, they thought it was best if they let the herd say goodbye to their loving friends for the last time and realize that she wouldn’t be by their side anymore.

The mare was the leader of the herd so you could imagine how difficult this moment must have been for all the horses, especially for her daughter who was simply devastated and spend many hours grieving her mother. Watch the touching moment in the video below!