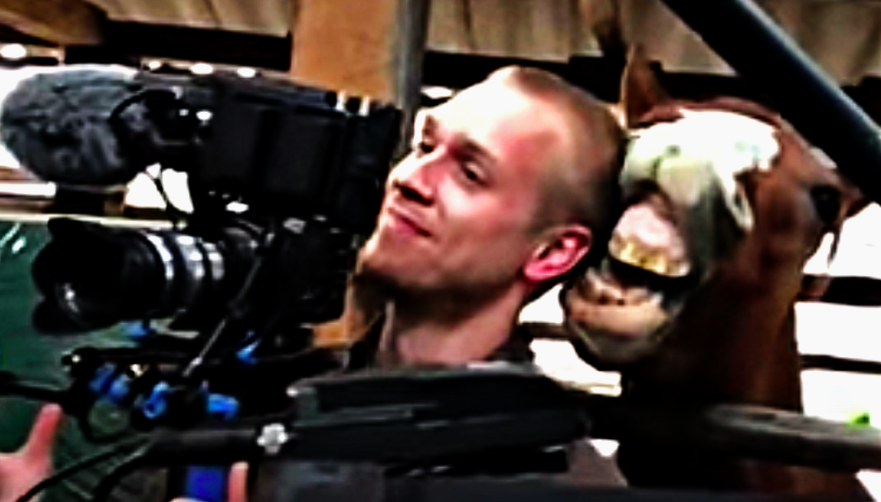 As the majority of you here are working in different job positions, I am pretty sure that you have been part of a lot of uncomfortable moments that have made your job very difficult. It happens very often and all we can do is be professional and try to get rid of such uncomfortable situations as soon as possible. On the other hand, they can be very funny and spice things up during a very boring day of work. I know that you prefer the second scenario over the first one. When you are around horses, the second option is more likely to happen.

Horses are very hilarious animals, however, a lot of times, they can make you feel uncomfortable and that is when all these funny moments keep happening. One of these funny moments is in the video below when a horse won’t let a man do his job properly.  Cameraman Greg Harriott stepped into a horse stable ready to film the breeder when he got one huge surprise. No matter what filming was to take place that day at the ranch near Santiago, Chile, Greg Harriott was ready for the action.

Greg was aware that he would be filming among horses, but what was absolutely shocking is what happened while he was doing so. Being the professional cameraman that he is, when the interview was ready to take place, he adjusted himself to stand in the perfect location in order to get the lighting and everything just right.

The focus was on the horse breeder for the show “Born to Explore with Richard Wiese”. Greg, ready for action, turned the camera turned on, but as soon as he did, a little interruption occurred. Since the interview itself was going wonderfully, Greg didn’t want to interrupt, so he did everything in his power to avoid stopping production.

He thought he had found the best location for capturing the show, but as it turns out, he was standing right in front of a very playful horse. Well, no matter what, I am pretty sure that he had one of his best days of work and it is for sure that he won’t forget it.