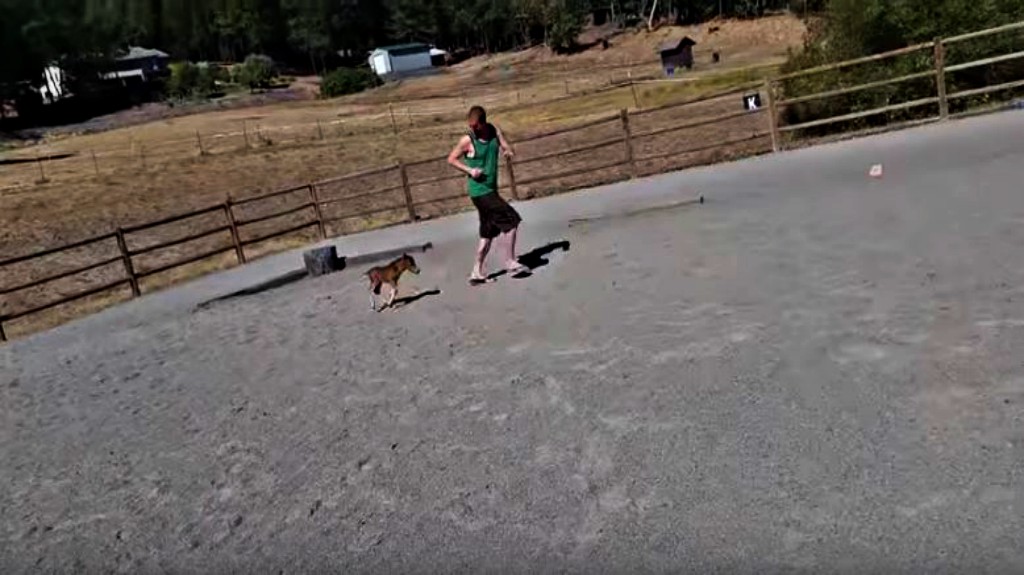 One thing that you would expect from a baby horse is to follow its mother wherever she goes. It is all understandable because they are usually not confident enough to be separated by their mothers. A foal knows that its mother is there to make sure that no one gets close to them. This feeling of security is one of the greatest things that these foals have and all the videos on the internet have shown that horses are really good at doing it. 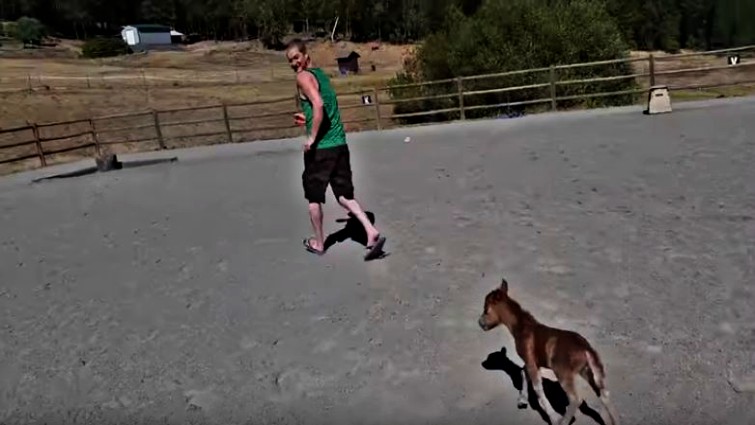 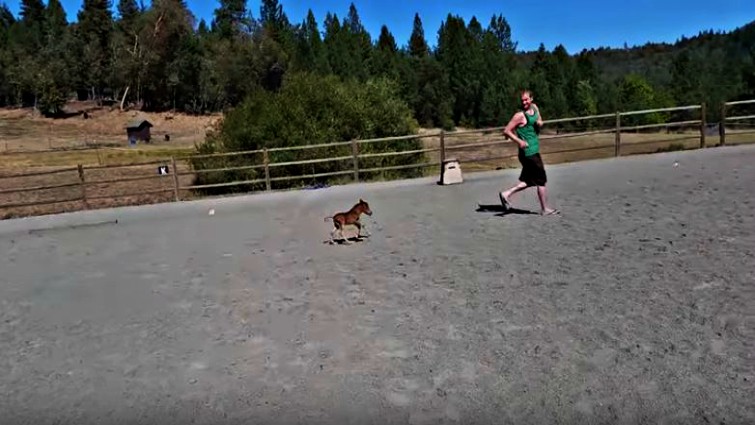 If they are determined to keep you away from her child then good luck attempting to get close to her. The overprotectiveness goes to the point where a mare can not even let her stallion get close to their child, leave alone humans or other animals with whom the mare is the least familiar with. The situation is probably going to be like that during the first month and later, the mare will become less overprotective and then it would be easier to get close to the foal.

In the example in the video below is not the owner who tries to get close to the foal but the other way around. The teeny-tiny horse in this video is just 3 days old, but he already has a mind of his own. He can make his own decisions separate from his mama, and his key interest seems to be focused in one area: chasing his human.

Since he’s a miniature horse, he’s even smaller than your average baby critter, and it’s even cuter because of his slightly disproportionate head. I don’t know why he loves running around so much, but he clearly has near-boundless energy and a strong attachment to his human handler. They start off in the corral, under the mama horse’s watchful gaze.

Like this fellow equine baby, the foal loves his people. The baby takes off immediately, needing no prompting to resume his favorite activity. One thing is for sure, that this foal got energy for days. I would really love a baby foal who would chase after me like this gorgeous young colt here. Please have a look and prepare for a lot of laughs.