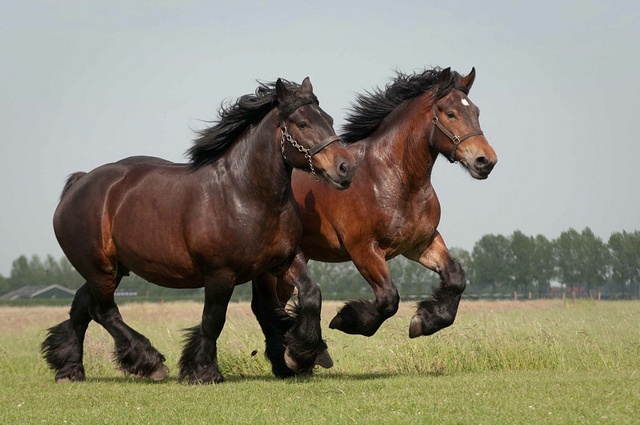 Draft horses used to be one of the most popular creatures in the world. I believe that everyone recognizes a Draft Horse as soon as they see one because they are most likely the strongest horses in the world. Their signature look with his large hooves, majestic body, and of course, his kind spirit is just impossible to ignore. Not only did their mass and power make them adaptable for farm work, but their gentle nature and daring disposition made them excellent war horses. The draft horses may not be high in number around the world, but they are still very essential to our modern lifestyle. Draft horses and draft crossbreds are adaptable breeds used nowadays for many purposes such as farming, draft horse exhibitions, logging, and, amusement. They are also frequently utilized for crossbreeding, particularly to light riding breeds such as the Thoroughbred. The draft horse facts that we are going to show below, prove that you can still count on these gentle giants, whether they are working for a small farm, for competition or simply for a walk. Keep reading! 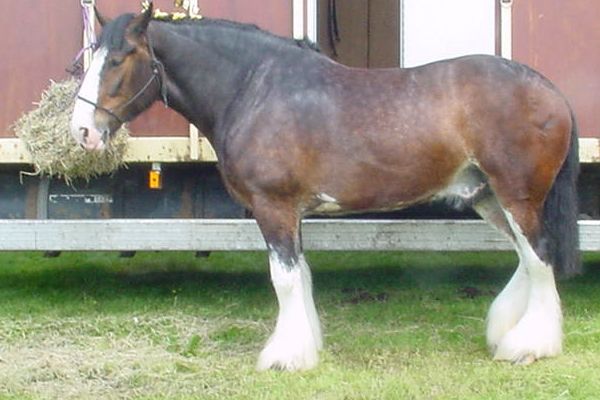 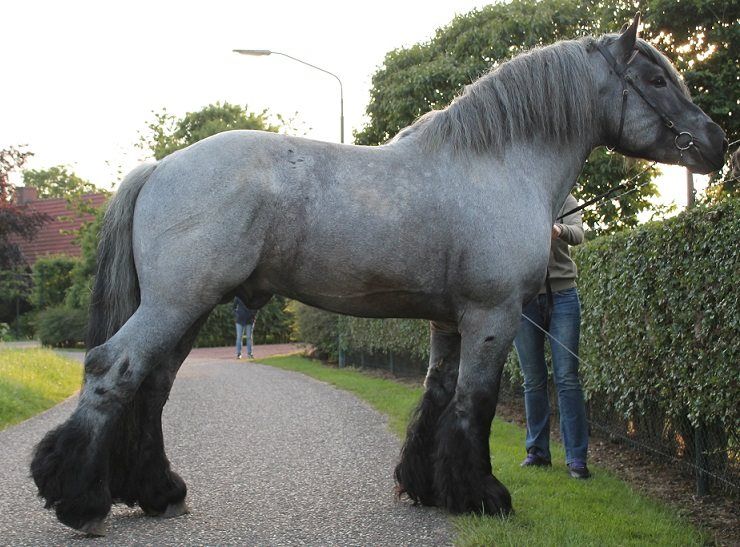 The number of Belgians that are listed passes all of the other draft horse breeds when their numbers are merged. Their fame is due to their intelligence, eagerness to work, and phenomenal temperament. They are also recognized for their low maintenance requirements.

The rich, silky hair that reaches over the lower half of the leg is regarded as a feather on a horse and most draft horses nowadays have them. This is due to the bloodlines that many draft horse breeds have mixed with one another to enhance standards and their body structure.

I believe everyone knows The Budweiser Clydesdales because they are one of the most famous horses in the world. Many of them live at Grant’s Farm in St. Louis. That farm is impressive because not only was it the house of the Busch family, a brewing family in the US, but it was also the farm that was once possessed by Ulysses S. Grant. Budweiser Clydesdales have their own criteria that must be reached, such as reaching at least 18 hands in height and weighing at least 2,000 pounds.

Many draft horses will compete in pulling competitions, which requires each horse or a group of horses to pull a large amount of weight. Halter contests are also common for draft horses since these breeds offer an impressive and powerful look.

Draft horses were frequently utilized in the army to carry riders through a bold attack or for security in up-close battles. They were also utilized commonly by divisions to pull munitions or equipment wagons behind the primary battle lines.

This is due to their patient temperament. Any horse that is gentle, enthusiastic to work, and responding to commands without objection is attributed to as a cold-blooded breed. Practically all of the draft horse breeds are considered to be cold-blooded.

Even the mere act of turning out a draft horse can be enough to create heat difficulties if there aren’t any shaded areas accessible. Draft horses do not consume heat from their working muscles as well as other breeds do, so they demand more water and shade than the others. Owners are even prompted to install fans in their stalls to keep air moving all the time so draft horses can stay fresh.

Most draft horses have withers and rounded backs, which makes a standard saddle to generate back pain for the horse. Draft horses are more sensible about the bit as well since bits that are too little for them will squeeze them. Although the price of a custom saddle is very expensive, it is a worthy investment.