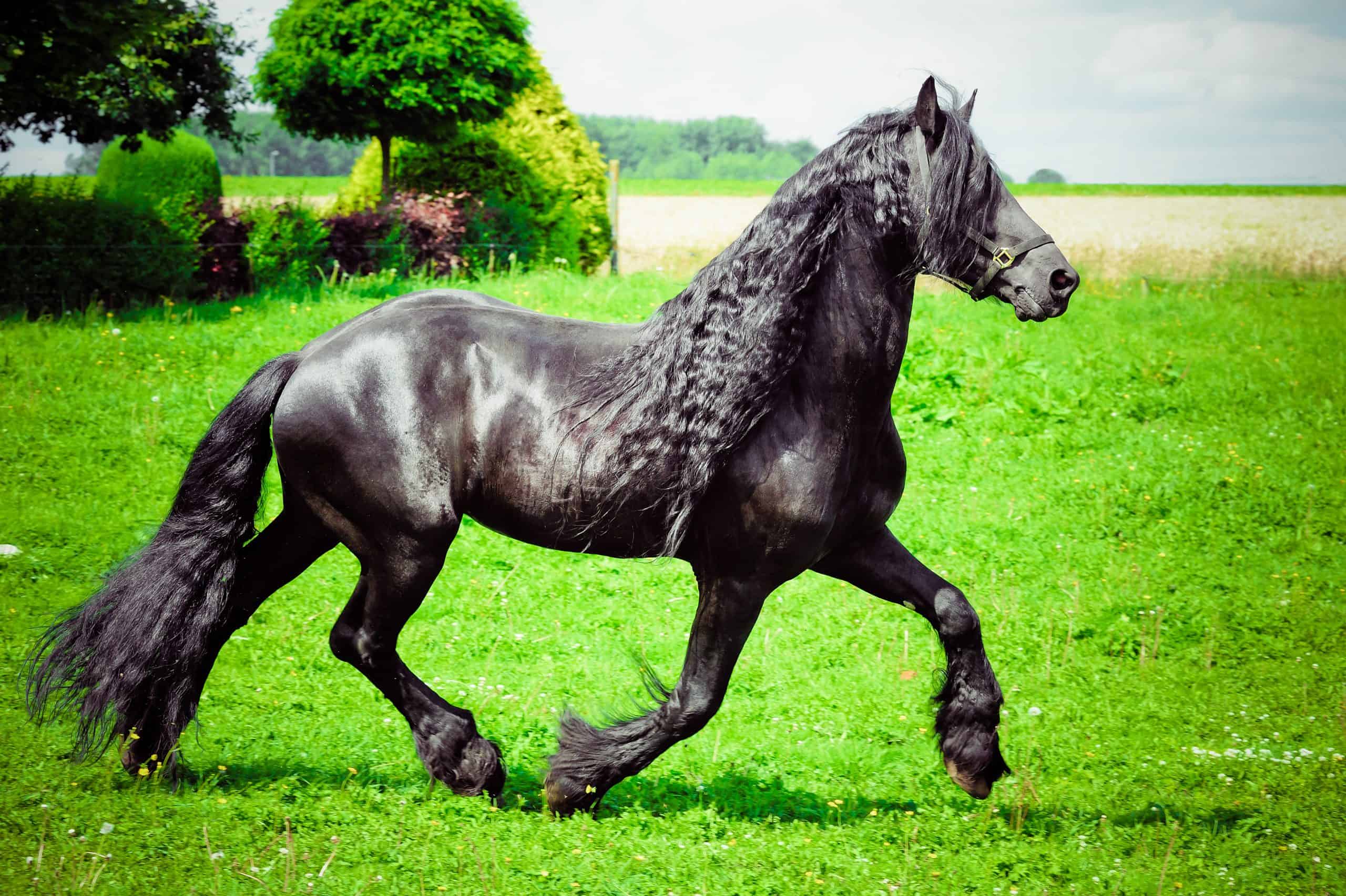 When it comes to horse breeds, everyone has their preferences, but I’m pretty sure that there is no single person who doesn’t like Friesian horses because they are definitely some of the most magnificent creatures in the world. There are many wonderful horse breeds out there but Friesians have become some of the most popular ones due to their elegance, gorgeous mane and tail, fine and flashy moves. They’re usually black, but in some exceptional cases, you may notice that there are also some unusual Friesians of chestnut color. 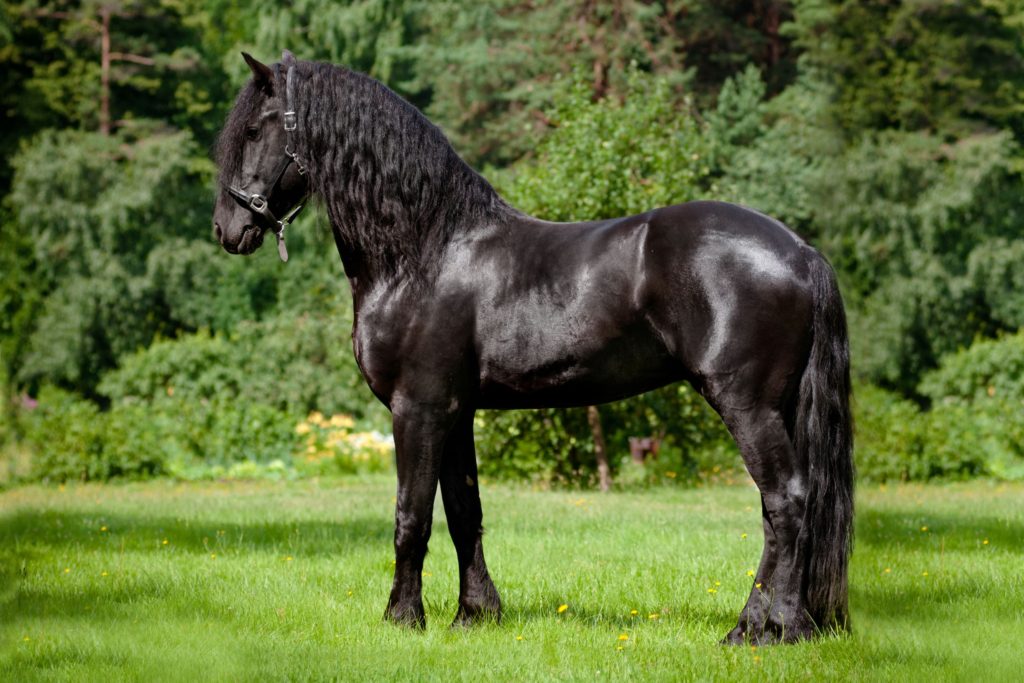 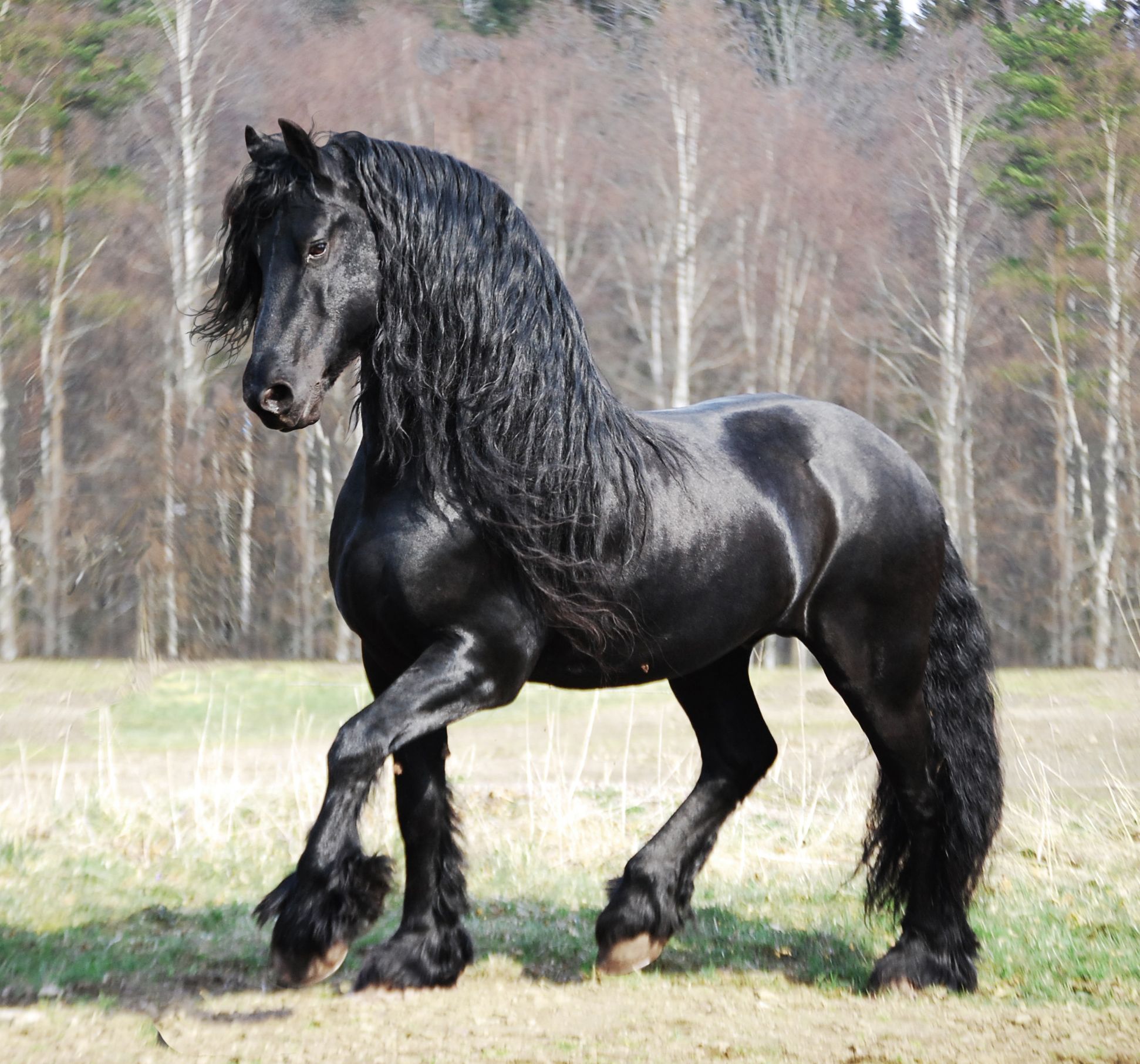 Friesian horses succeed to steal the attention of all the people anywhere they are. His shining coat and proud movements make him an outstanding horse in the show ring whilst his friendly character and patient behavior please his human mates in the stable or at different competitions. Below we have decided to show you some of the most interesting facts about Friesian horses you probably didn’t know. After reading them I’m pretty you would definitely want to own a Friesian horse. Check them out!

1.Friesian horses got their name from their origination region.

Friesian horse originates from the Friesland, a northern region in The Netherlands, resided along the North Sea. It is a rural territory, known mostly for its rural activities.

2.It is one of the oldest horse breeds in the world

The Friesian horse has been around for almost 1,000 years. There were found several documents who confirm the existence and the positive qualities of this breed. They date back before the year 1200 and a lot of historians confirm that King Louis II, the leader of Hungary, was often seen riding a Friesian horse in battle in the mid-1500s.

3.Friesians were imported in the United States since its colonial period.

The first Friesian horses were introduced to North America in the 1600s, shortly after colonies were settled. The Dutch managed the early states around New York and they sent their “trotters” to further tame the lands so that farming activities could happen as efficiently as possible in those early days.

4.Friesian horses can be found in other coats as well, not only black.

When we imagine Friesian horses, we definitely portray them as pure black horses and that’s mostly because Friesian horses can’t be registered in other coat colors. As we mentioned, in the beginning, there are some Friesian horses in chestnut coats but no stallions with this coloration are authorized to register. Only some geldings and mares are given exemptions to this rule if all other harmony features have excellent quality.

Chestnut stallions can be registered under a different registry. These horses are named “Fire Friesians” and their registry is supported by the Friesian Heritage Horse and Sporthorse International registry.

6.They can only have one white marking.

Most recognized registries of the Friesian horses only recognize a small star on the forehead. Any other white markings are thought to be proof that the horse is not a purebred, therefore it will not be accepted as breeding stock.

Most Friesian horses stand at 15.3 hands in height but there are some Friesian horses taller than 17 hands. For a Friesian horse to be given the label of “star pedigree,” it must reach at 15.2 hands at minimum. Judges will also examine the horse for energy, bone formation, and body type to decide if the star pedigree designation is merited.

8.This horse has feathers.

As we know, feathers are generally found in warmbloods, draft horses or lighter breeds, but Friesian horses are the exception of this rule. Feathering relates to the longer hairs that are around the hooves of the horse. In this breed, they are generally kept untrimmed. This indicates that they can be at a higher risk of skin problems under the feathers, such as rain rot.

9.Friesian horses are very popular in The Netherlands.

The Friesian horse is considered a unique and mysterious breed outside of Europe, but they are still very common in The Netherlands. Around 7% of the total horse population in the Netherlands is Friesian horses. It is a striking improvement done these past decades, knowing the fact that this breed was to total extinction.

10.Friesian horses are used as base stock for other breeds.

It is believed that The Morgan horse has Friesian heredity implanted into it. Hackneys and Dole Gudbrandsdals are also considered to have Friesians blood as part of their foundation stock.

11.Coat color is not the only distinctive feature of the Friesian horse.

Friesian horses are recognized for their dark coats, but they also have extra characteristics that make them stand out as a famous breed. When the Friesian horse runs, the combination forms a “floating” effect that is very wonderful.