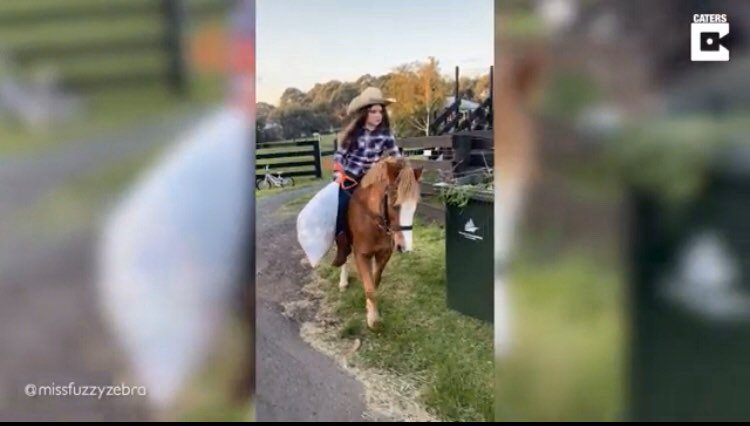 Do you remember the time when you were young? You probably had a lot of people to look up to and also a very strong desire to grow up. Since young children are not allowed to do a lot of things that they might like but they are dangerous for them, they want to grown-ups just so they can gain independence and decide about their lives. Other children want to grow up because they want to become like the people that they relate to as soon as possible. 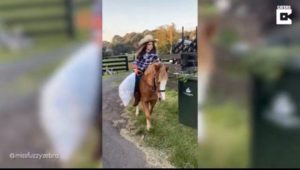 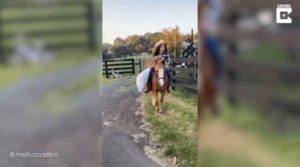 When it comes to adults, it is really funny because they are very nostalgic about their childhood. In a way, we are rushed to grow up and we want that to happen as soon as possible, on the other hand, we look back to our past memories and we wish we were children back again. One thing that the parents do with their children is giving them responsibilities just so they would feel like grown-ups and this is the case in the video below as well.

This seven-year-old girl from Bushfield in Victoria decided to take the rubbish out while riding a horse. Student Farzana Khanyari, 23, said she and her daughter Ria wanted to take part in the bin outing trend and decided to use her love of horses to put their own spin on it. Riding her 18-year-old gelding Welsh mountain pony, Jesse, Ria trots down the driveway with a huge rubbish bag in her hand.

She said: “My daughter found it challenging to tow the bin on the horse so she decided to take the rubbish bag instead!” This is such a great thing to do and it is always good to get these children used to responsibilities while they are at a young age. Please have a look at the video and let us know what you think!