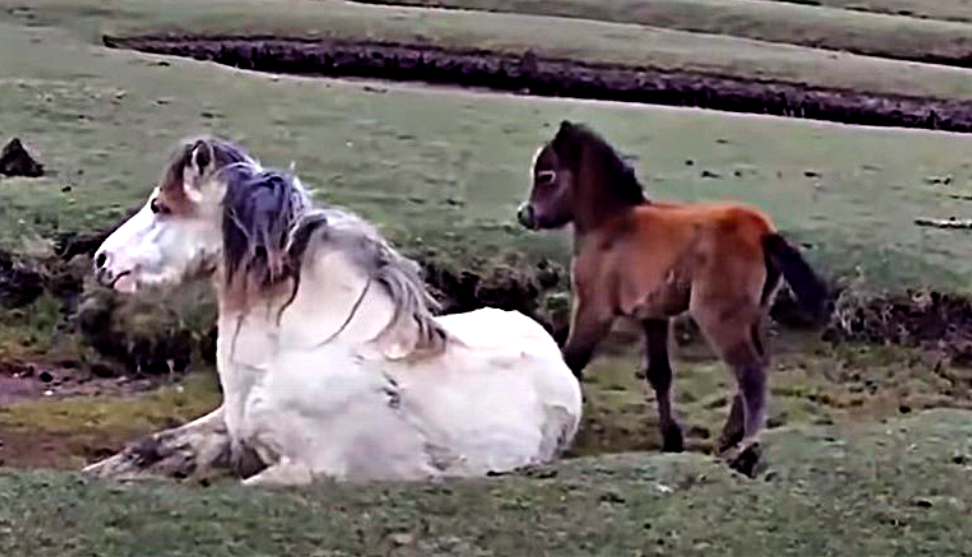 One of the strongest feelings in the world is the love that the parents have for their children. At the moment when a child comes to life, it becomes a priority in the lives of these parents, the last ones are willing to sacrifice everything for their children’s safety and happiness.

The same thing can be observed with animals as well. I bet you have seen a lot of mares who are overprotective of their young foals.

Every person or animal that tries to get close to the foal might expect aggressive behavior by the mare. However, this is what is usually discussed about, how much parents love their children but people barely talk about the opposite, which is, of course, true as well.

Children know that all the material things that they have in life and most importantly, the love and safety that they have are all due to their parents.

That is why people need to be raised with the feeling of obligation towards their parents, leaving aside everything else. That is what this young foal is teaching us all in this video. In the video, we see some heroes from the RSPCA UK (Royal Society of Prevention of Cruelty to Animals), the oldest welfare charity in the world, stumble upon a gorgeous white mare and her young foal.

One of the giant horse’s back legs became entangled in her mane, forcing her on the ground, while the foal ran around frightened. However, once the heroes come to mom’s rescue, the foal’s demeanor instantly changes and it’s incredible to watch.

Fortunately, the rescuers were on time to save the mare in trouble and most importantly, calm the worried foal down who was powerless to anything to save his mother.

As I said, the thing that I liked in this video is the fact that things seem reversed from what we are used to seeing, simply for the fact that this time it is the foal who is worried about the parent and not the opposite. Please watch the video below and share this story with other people you think should watch it.