There are over 350 horse breeds in the world, selectively developed to suit all kinds of purposes and that now are used in many disciplines. They all have their own features that make them special, but out of 350 horse breeds out there, there are some horse breeds who aren’t popular and many people don’t even know they exist. You all know Arabian, Quarter or Friesian horses but I bet not many of you have heard about breeds such as Falabella or Kyrgyz. Below we have compiled a list with some of the most unusual horse breeds, that are not necessarily old or rare breeds. If you think that another horse breed deserves to be on this list, please let us know. 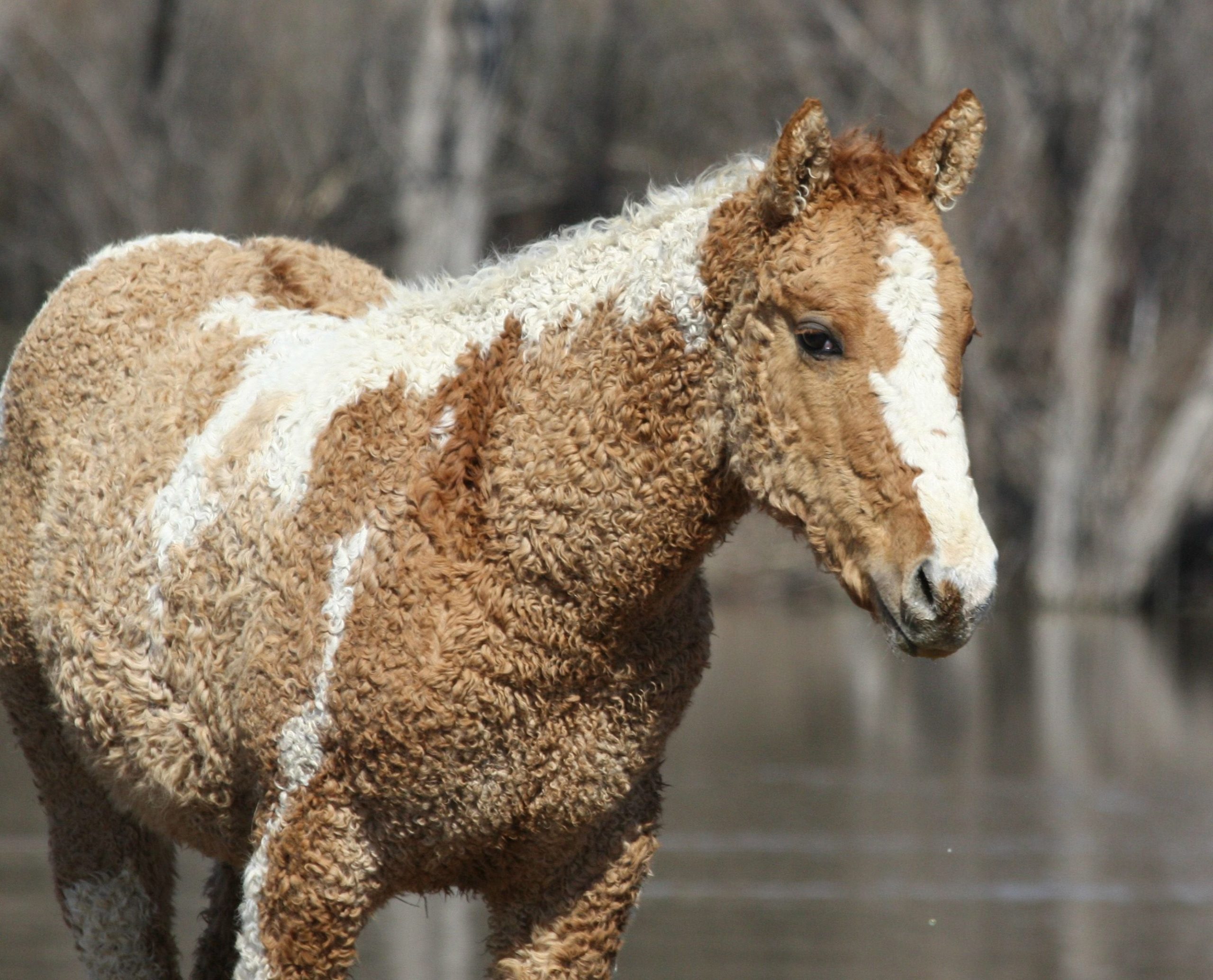 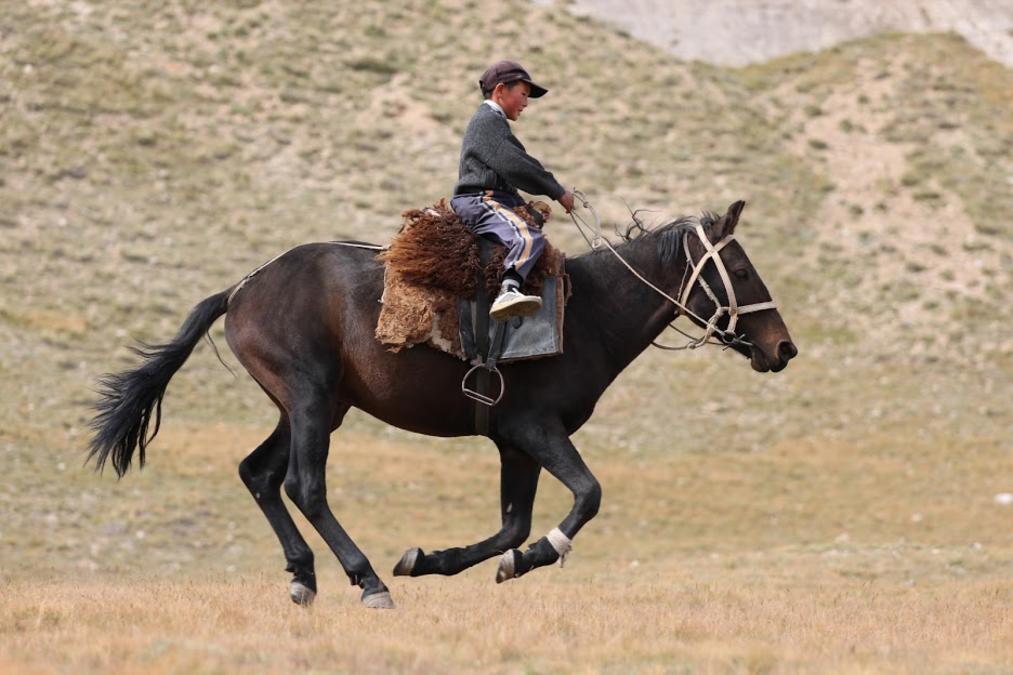 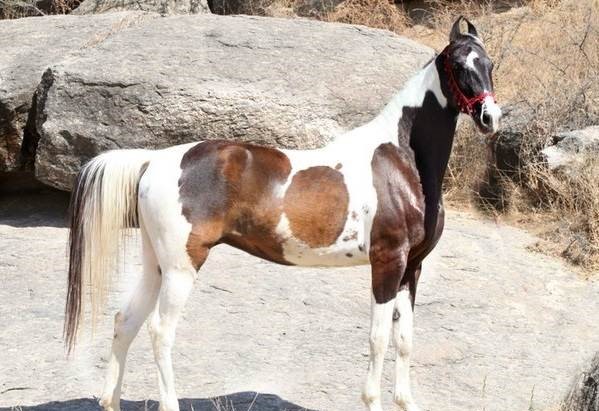 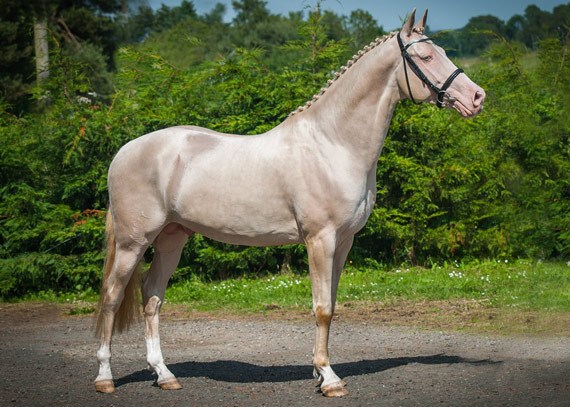 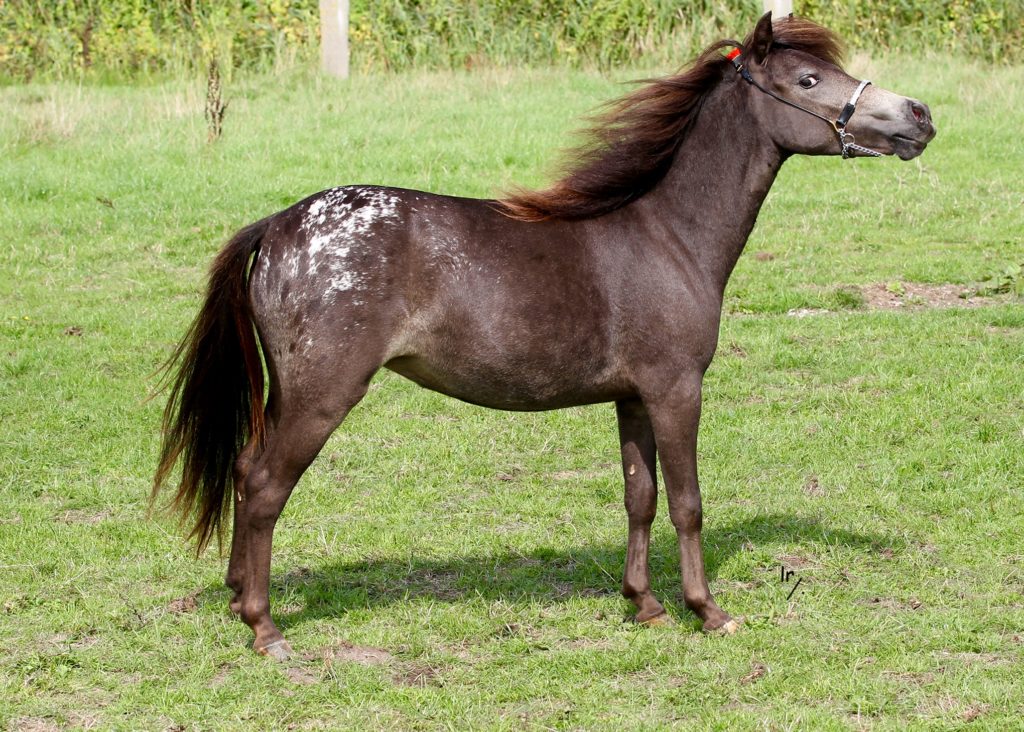 The Bashkir Curly has degenerated from a series of around 200 horses. While there was a lot of Quarter Horse and Morgan blood there were no ancestral traits that could absolutely connect them to any breed. The breed is extremely strong, being one of the few breeds that were able to endure extreme cold without added feed supplements. Every summer they miss their curly coats and grow a straight summer coat. But there’s no need to worry because the curls return in the winter. The Bashkir Curly is very adaptable and does very well in both English and Western. They’ve also had a lot of achievements in show jumping and dressage.  They are considered unusual because their coat is hypoallergenic and is usually used to make sweaters for people who are allergic to fur. 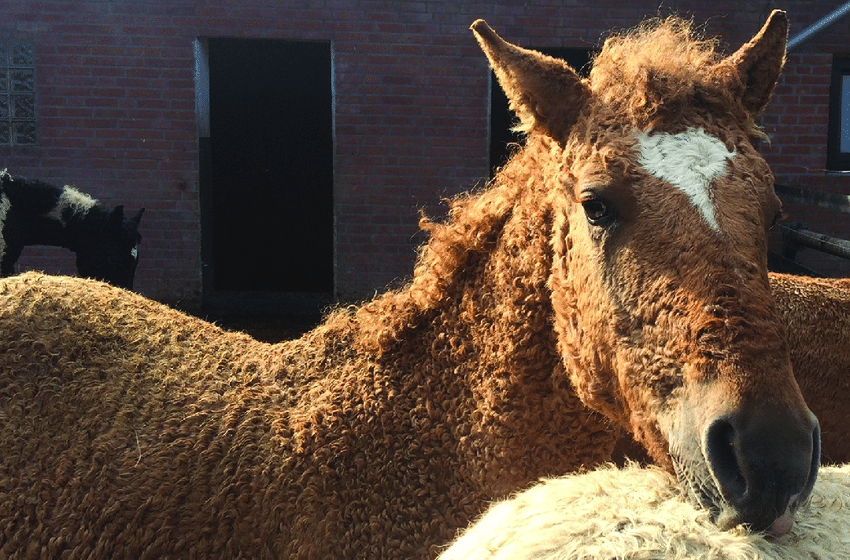 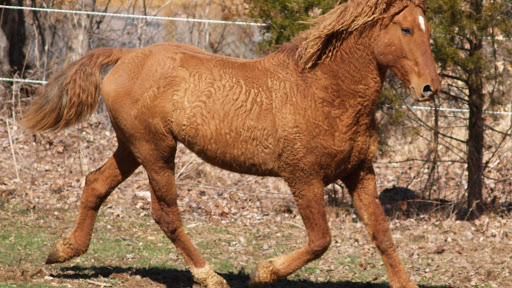 Kyrgyz horses are very expensive due to their speed and strength and they are commonly used as a transportation horse as well as a riding horse. The Kyrgyz is an extremely adaptable horse that is perfectly fit to mountain life. As you would anticipate from such a breed it’s very tough but its nomadic lifestyle has also helped it grow into a breed with lots of patience. At the end of the 19th century, there were over two million horses, but while they’re not recognized as extinct creatures they’re number have fallen to less than 80,000 all over the world. Kyrgyz is yet appreciated for its milk yield and some horses are able to provide up to 20Kg a day. 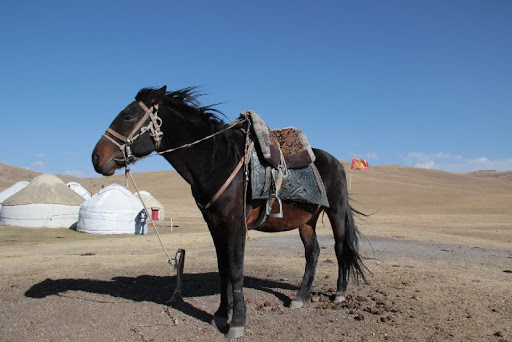 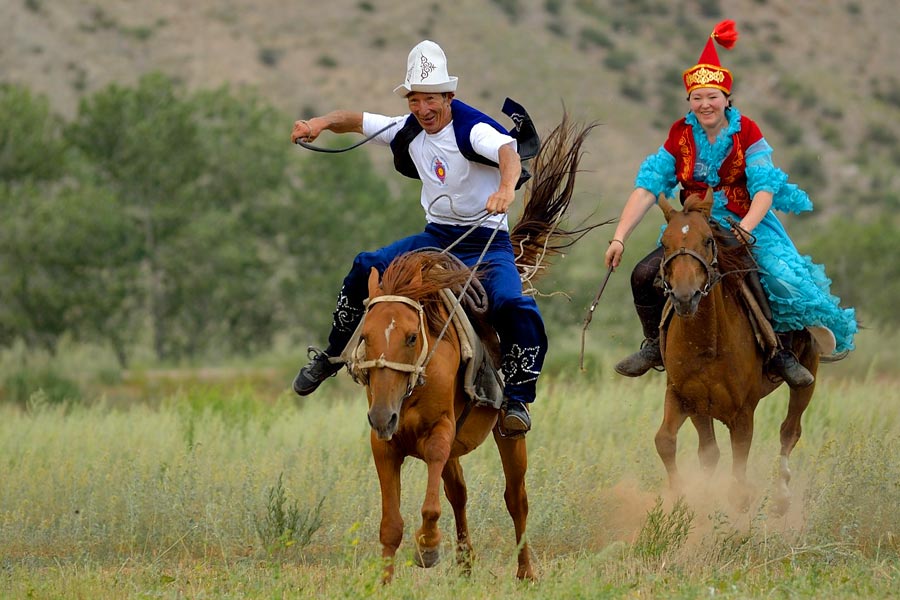 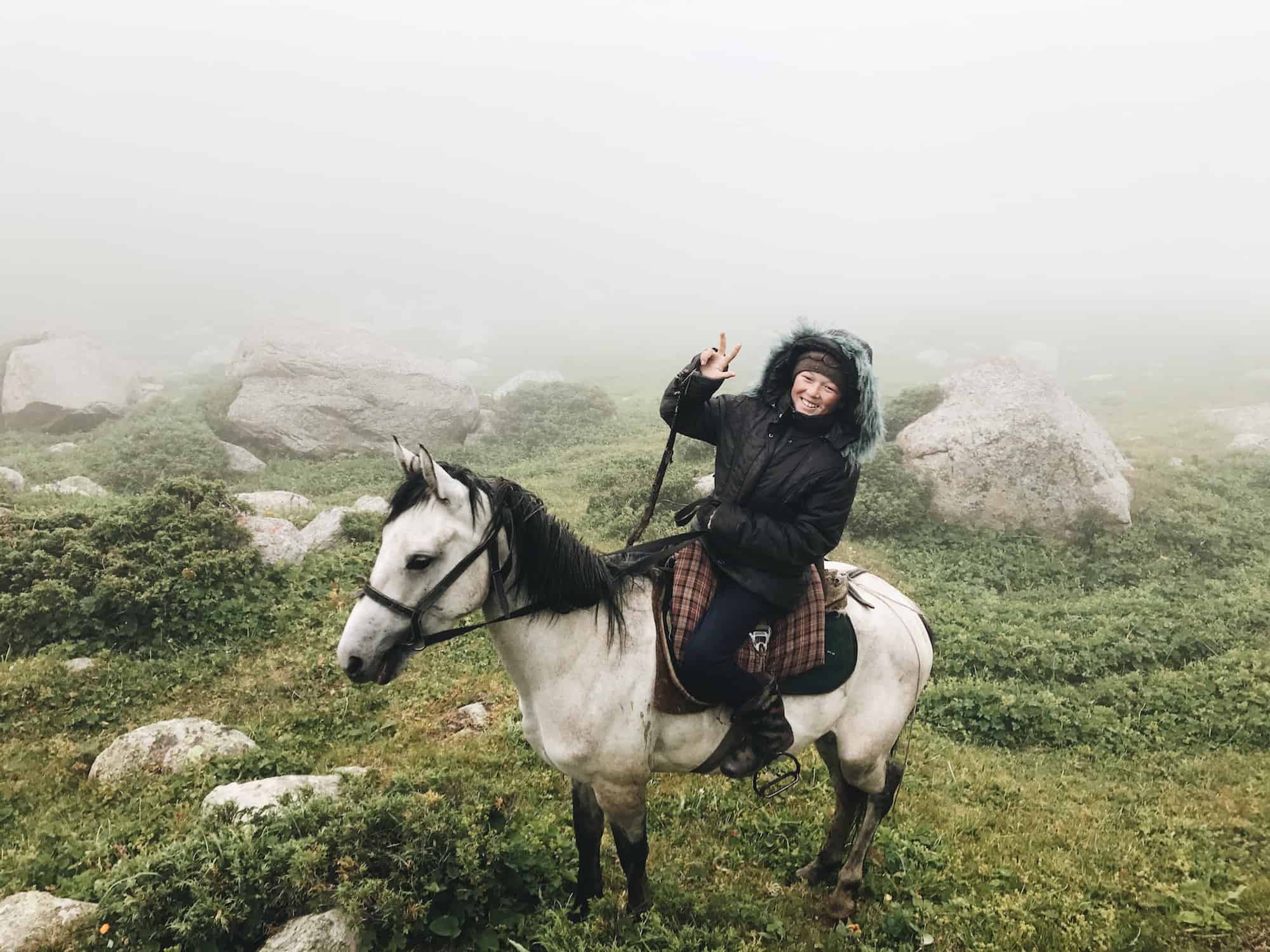 The Marwari horse has amazing homing sense and years ago they were used to transport riders back from the battle that had died or were wounded. Marwaris have advanced hearing that has benefited them, as well as their rider, to stay away from threats. Despite being first bred as a warhorse now they’re mostly used for shows or formal and religious purposes. They are considered unusual because just like the Kathiawari Pony, the Marwari is recognized for its ears that curve inwards and usually touch at the ends. 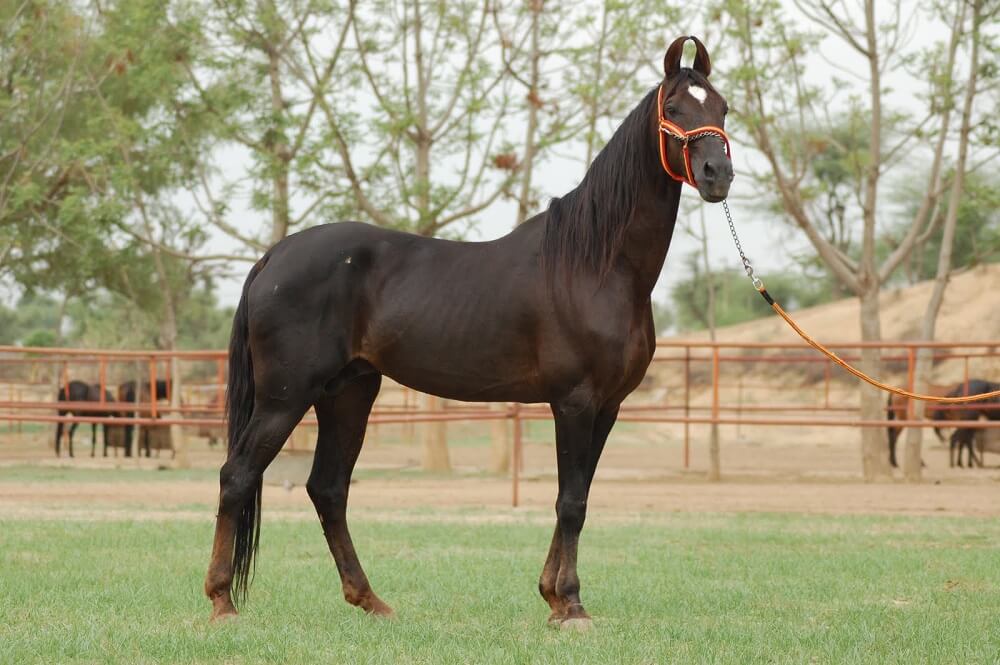 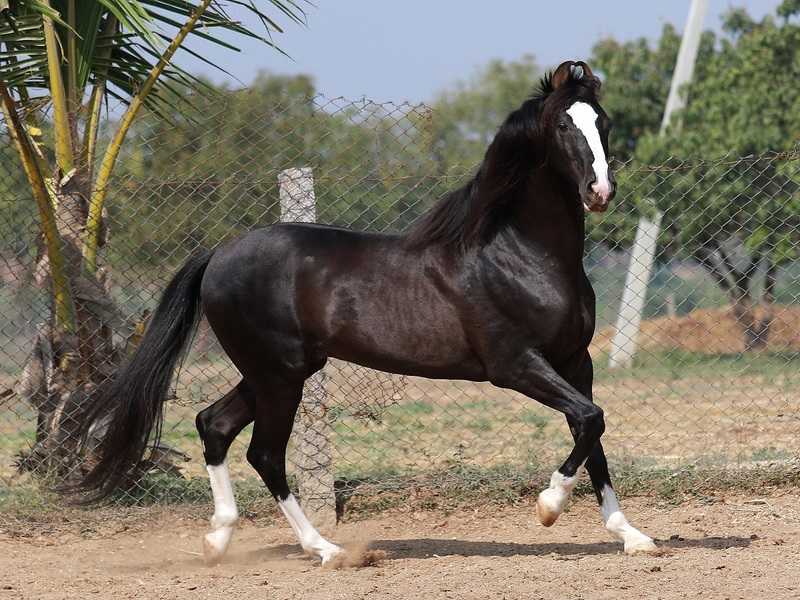 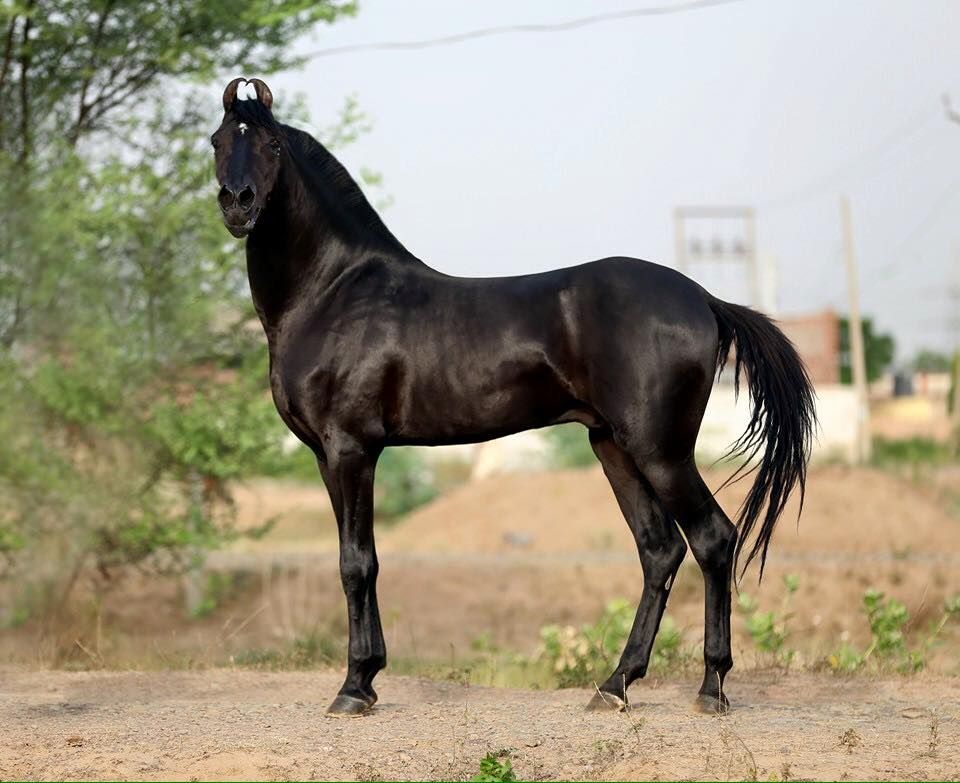 Akhal Teké is one of the oldest and most refined breeds in the world that have been around for over 3000 years. Having grown in the desert, they have colossal resistance which, in 1935, was examined when the legendary trek from Ashkhabad to Moscow was held. Chinese myths relate to the Akhal Teké as a divine horse with supernatural powers. Akhal Tekés are very faithful and protective, often getting jealous of strangers who go near their owners. The Akhal-Teké is remarkably sure-footed and is said to be able to run down a jagged mountain trail in the dark without putting a foot wrong. Their nickname is ‘Golden Horses’ because of their metallic sheen that makes them so beautiful and unique. 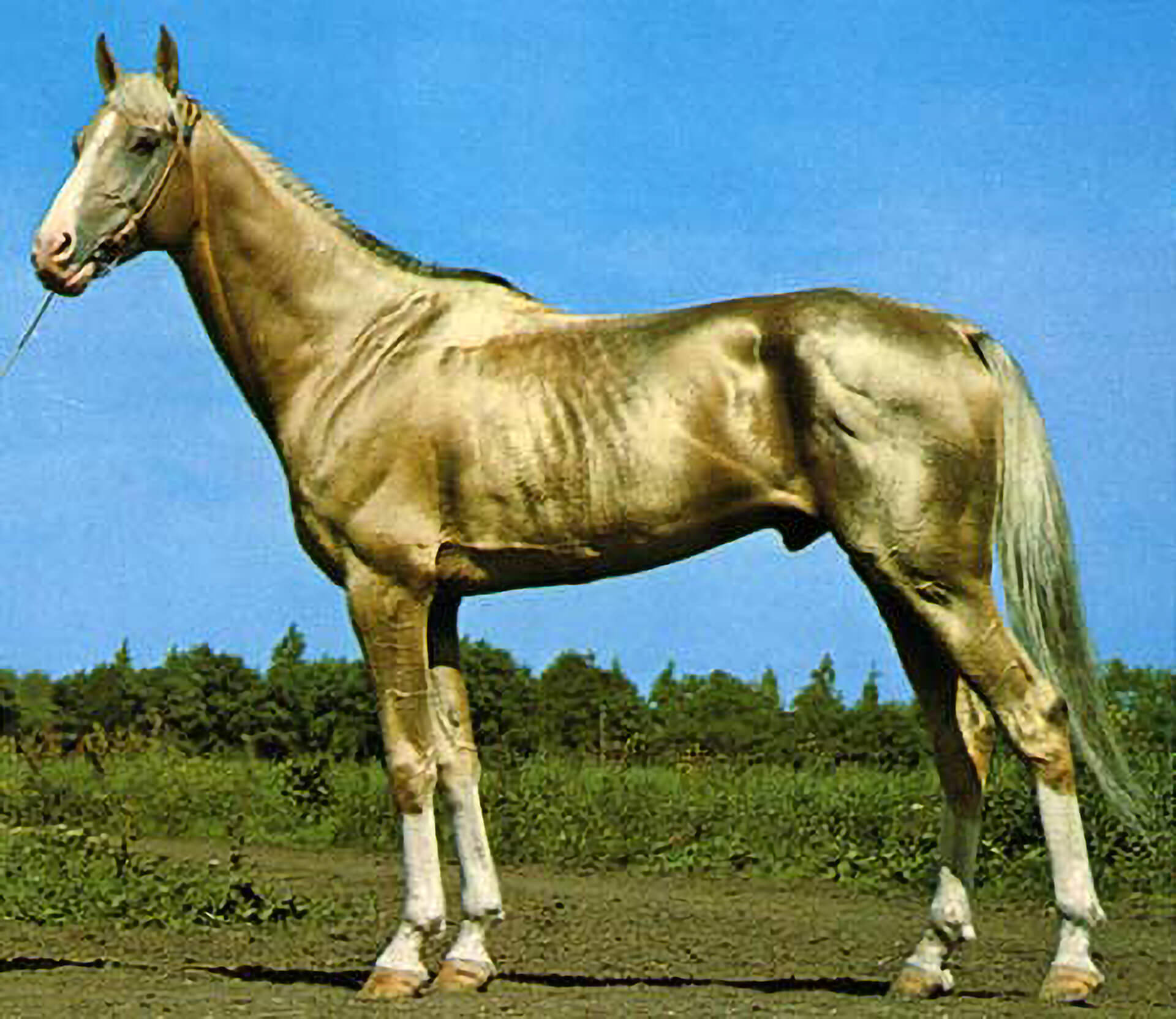 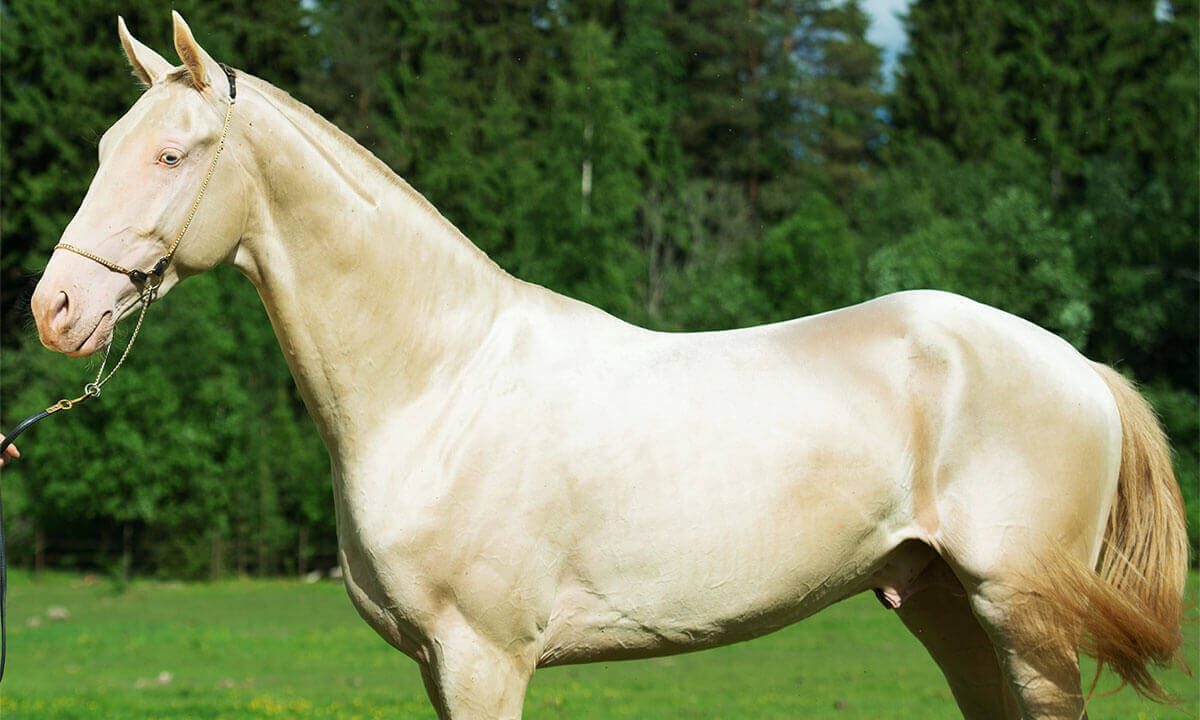 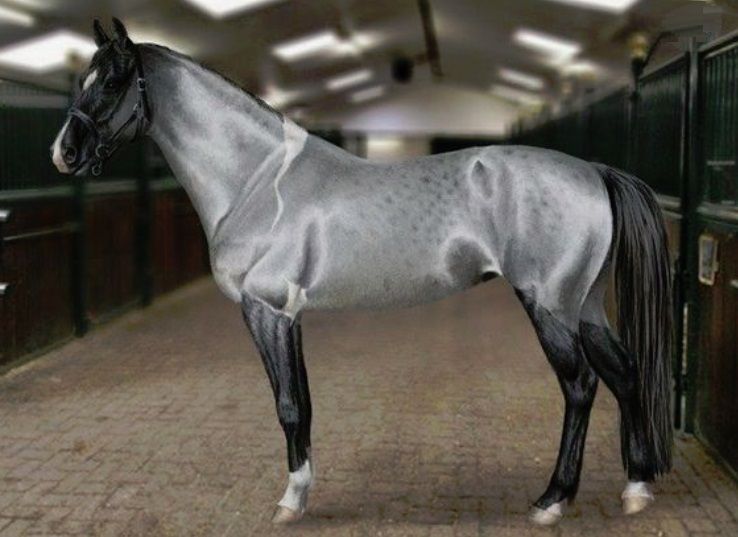 The Falabella is one of the most unique horse breeds in the world because they are the smallest breed in the world – standing above 8hh (32 inches). This horse originates from the horses (Andalusian and Iberian) that the Spanish abandoned in Argentina after a series of failed efforts to conquer the country. Having been left to resist for themselves these horses developed into very strong animals that not only had a real sense of danger but could travel large distances. In the wild, they have stubborn natures but as soon as they are tamed they are known for their kind and easygoing nature. There have been tinier horses than Falabella but they’re all miniature versions of other breeds, whilst the Falabella is a little breed so all of them are small. As you would assume the Falabella can only be ridden by very little kids but you might be shocked to know that they are usually used for driving. 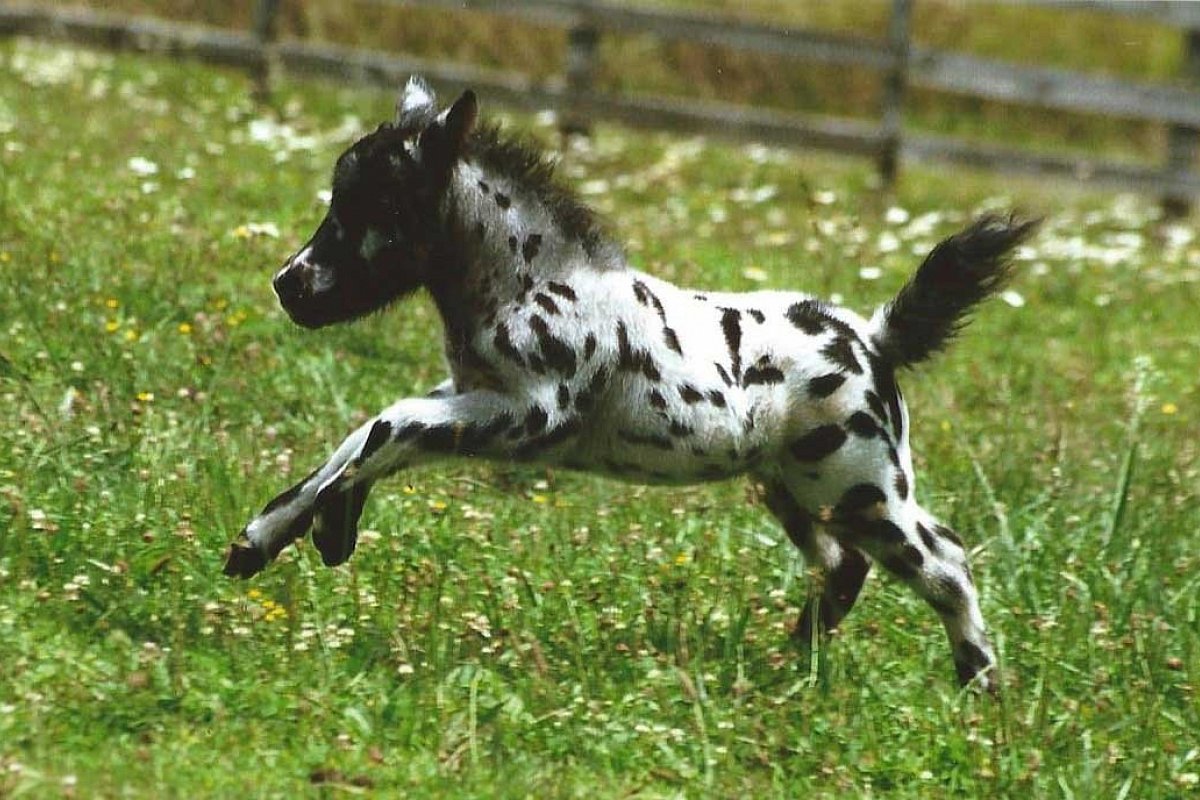 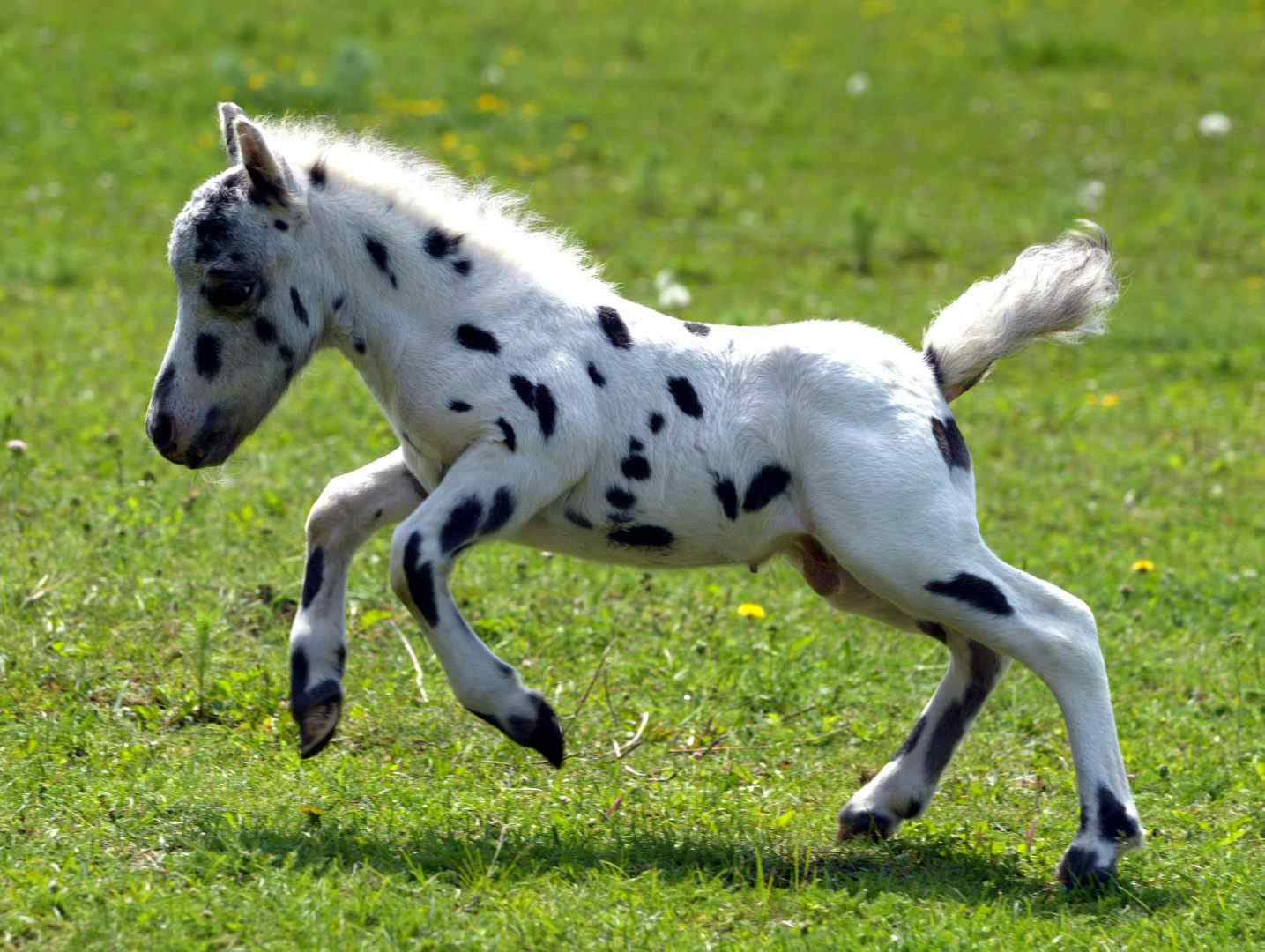 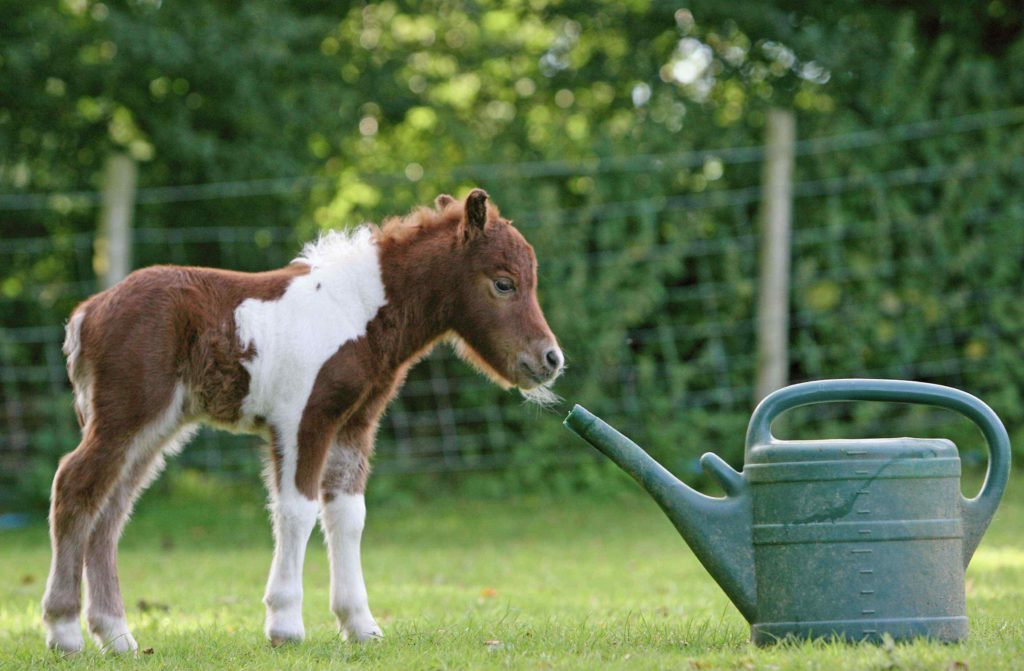