Horses living in the wild are considered to be the happiest ones because no matter how you will take care of your horse, the freedom that they have in the wilderness is irreplaceable. Let us introduced you to these amazing groups of wild horses living in South Carolina’s Outer Banks, more precisely Ocracoke Island, Shackleford Banks, Currituck Banks, and in the Rachel Carson Estuarine Sanctuary. 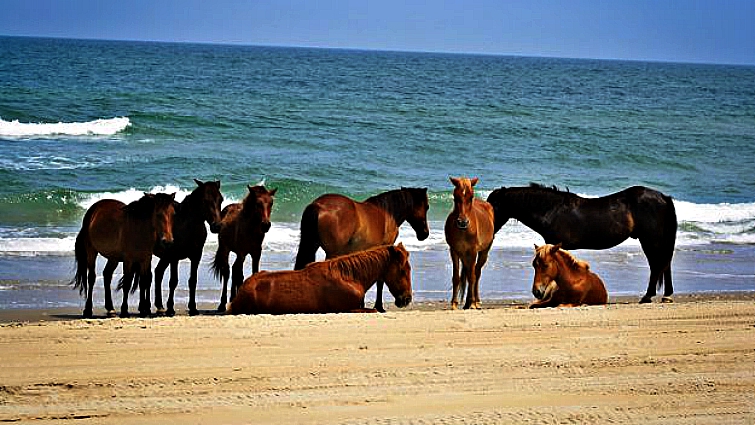 They are called the Banker horses, but also they are known as the Spanish Mustangs cause they were brought by Spanish explorers in the US during the 16th century. During the last year, Outer Banks have experienced rapid development and has become a tourist destination, hence a lot of organizations had to something to protect the population of the wild and at the same time a rare group of Mustangs. 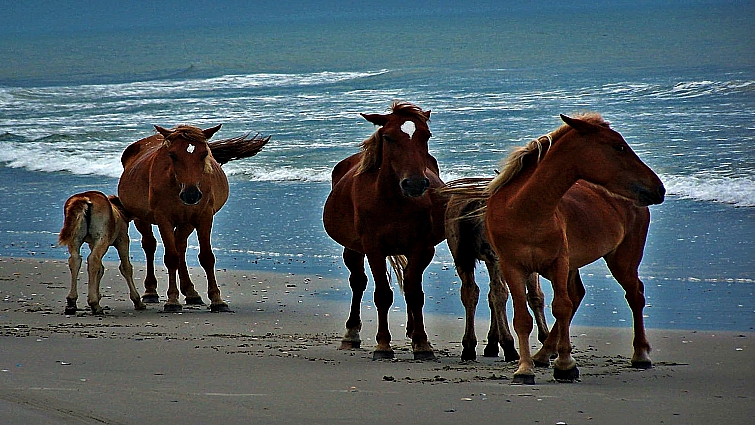 These horses can be usually seen in a group of five or six. Due to the development and as a consequence, traffic, the population of these gorgeous horses has decreased from thousands to a few hundred. Between 1985 and 1996, twenty horses were killed by cars between the towns of Duck and Corolla and to prevent other cases like this one, Corolla Wild Horse Fund stepped in to help. 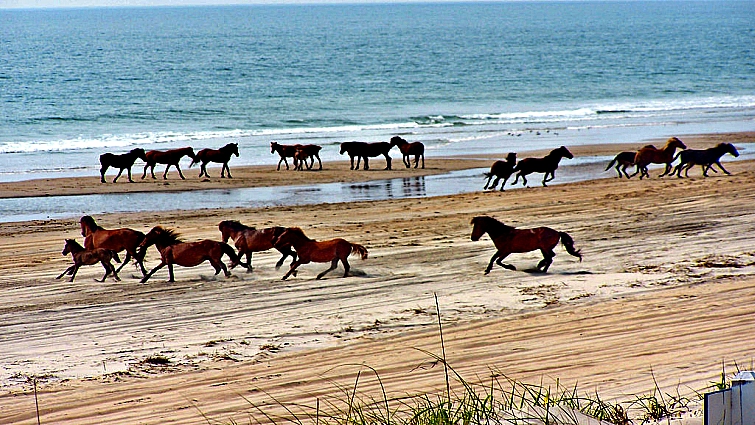 Currently, the largest herd of about 140 occupies about 7,500 acres of narrow land between Highway 12 in Corolla and the Virginia border, which is accessible only by a four-wheel-drive vehicle and has reduced significantly the number of visitors. 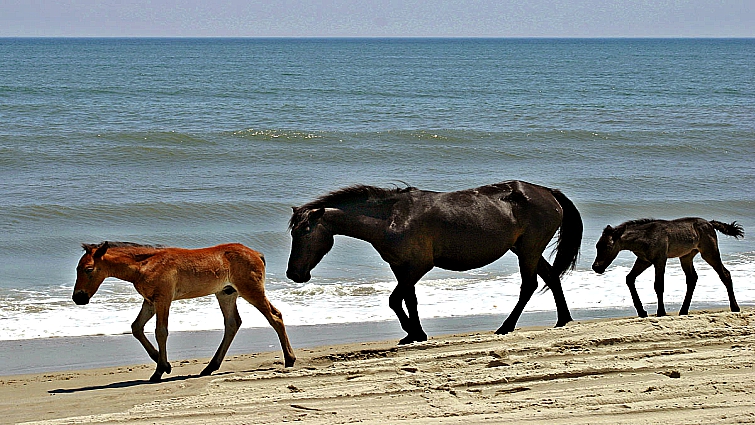