All horses are beautiful, but this gallery of unique stallions and mares take majestic to a whole new level.

1)The Golden Akhal Teke. This horse is beautiful enough to be a bronzed statue! With an unbelievably shiny coat that appears to be metallic in the sun, the Akhal Teke is the national emblem of the country of Turkmenistan. Not surprisingly, it’s known as the golden horse! 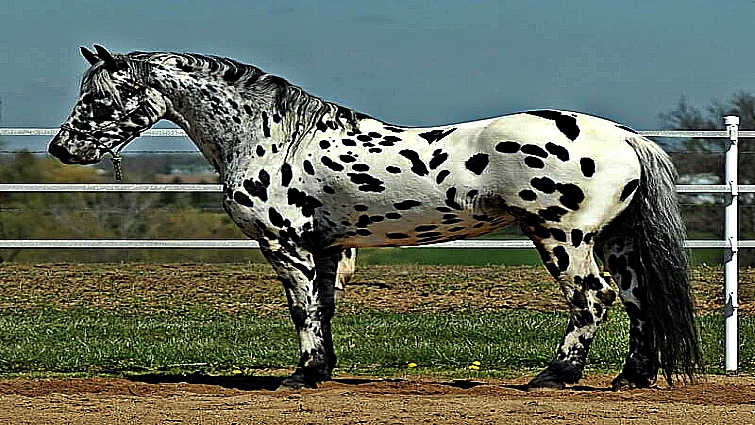 2) The Friesian/Appaloosa Crossbreed. As it turns out, the type horse photographed above has been famous since this picture of him as a foal surfaced online. His name is Mystic Warrior. He’s 3/4 Friesian and 1/4 Appy stallion was a demo horse at the World Equestrian Games! This little guy came a LONG way! 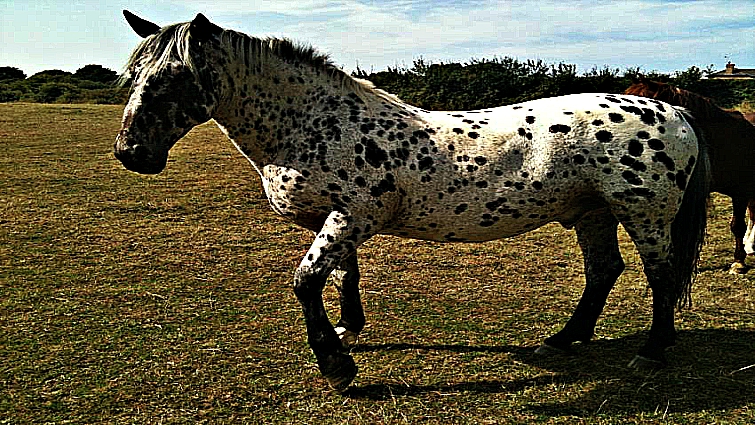 3) The Knabstrupper. Knabstrupper horses were bred in Denmark as far back as 1671 when they were called “The Tiger Horses.” In 1750, this royal breeding line came to an end. The spotted horse returned in 1812, not as the “Tiger Horses,” but with a new bloodline. A mare was purchased of Spanish origin with unusual markings. Her colt was the foundational Sire for the new spotted breed…Seeing spots has never felt so good! 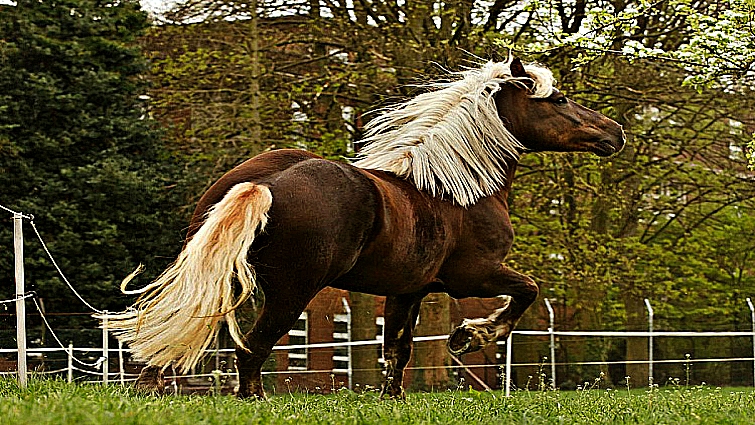 4) The German Black Forest Horse. The Black Forest Horse, or the “Schwarzwälder Kaltblut,” is a rare draft horse breed originating in Southern Germany. All I know is that his mane and tail perfectly compliment his super shiny coat. This beauty has the longest, lushest mane.

5) The Blue Roan Gypsy Vanner Horse. Easily recognized for their leg feathering and common black and white or “piebald” coat color, the Blue Roan version of the beautiful Gypsy horse is considered most rare. 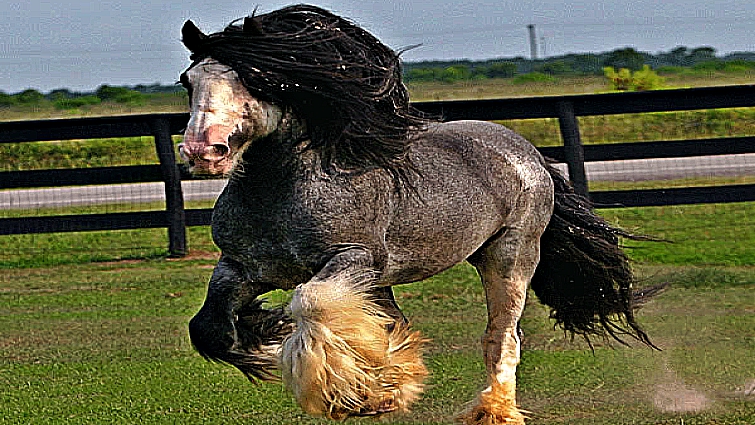